First part to be built was the stabilizer. I laid out the jig on the table using wooden blocks. The same method as I used in the building of the wing ribs and the fuselage 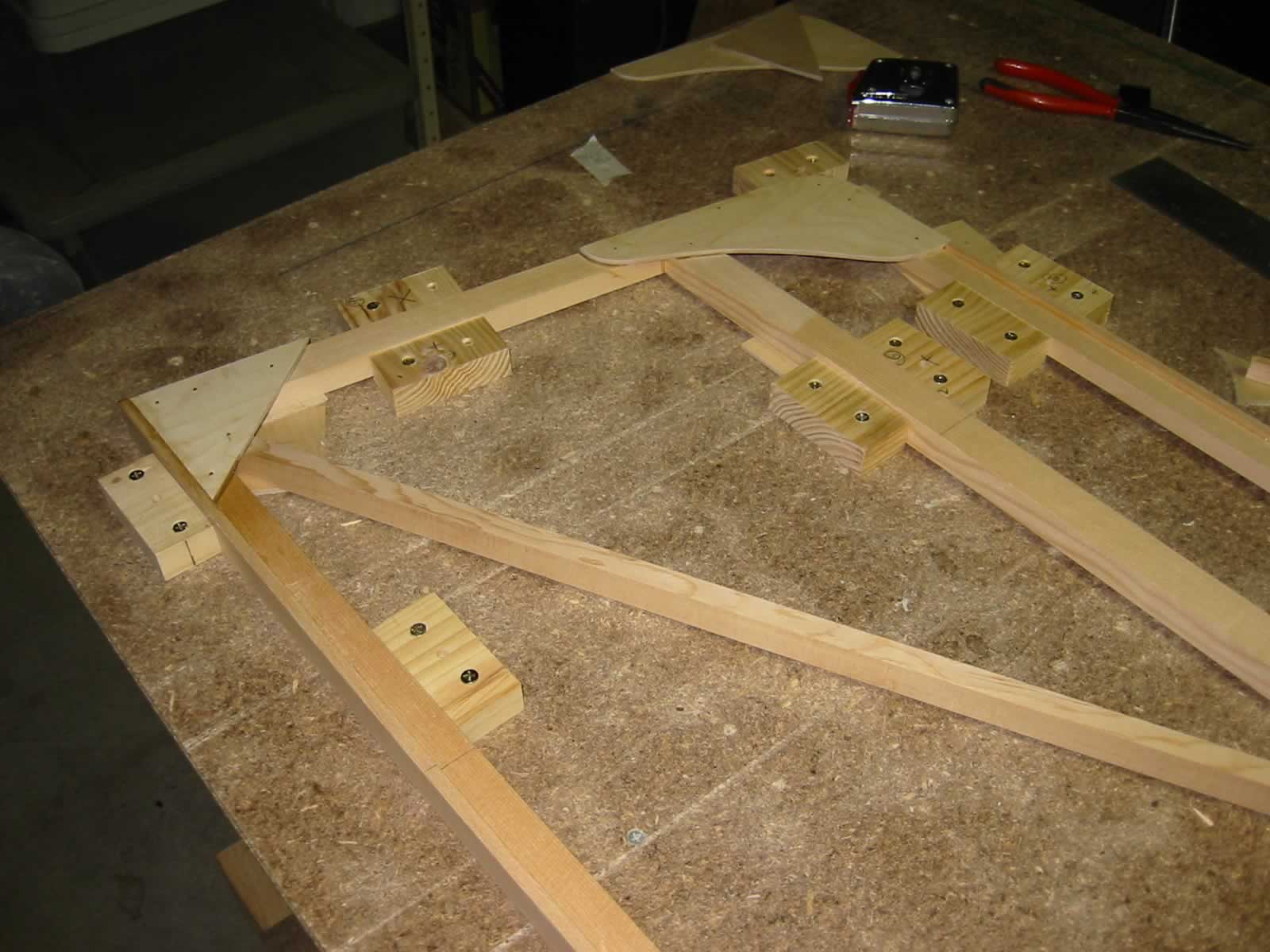 The Main beam and the leading edge shown on the plans are routed. I chose to use two pieces of spruce and glue them together in a “T” section. They will be shaped on completion 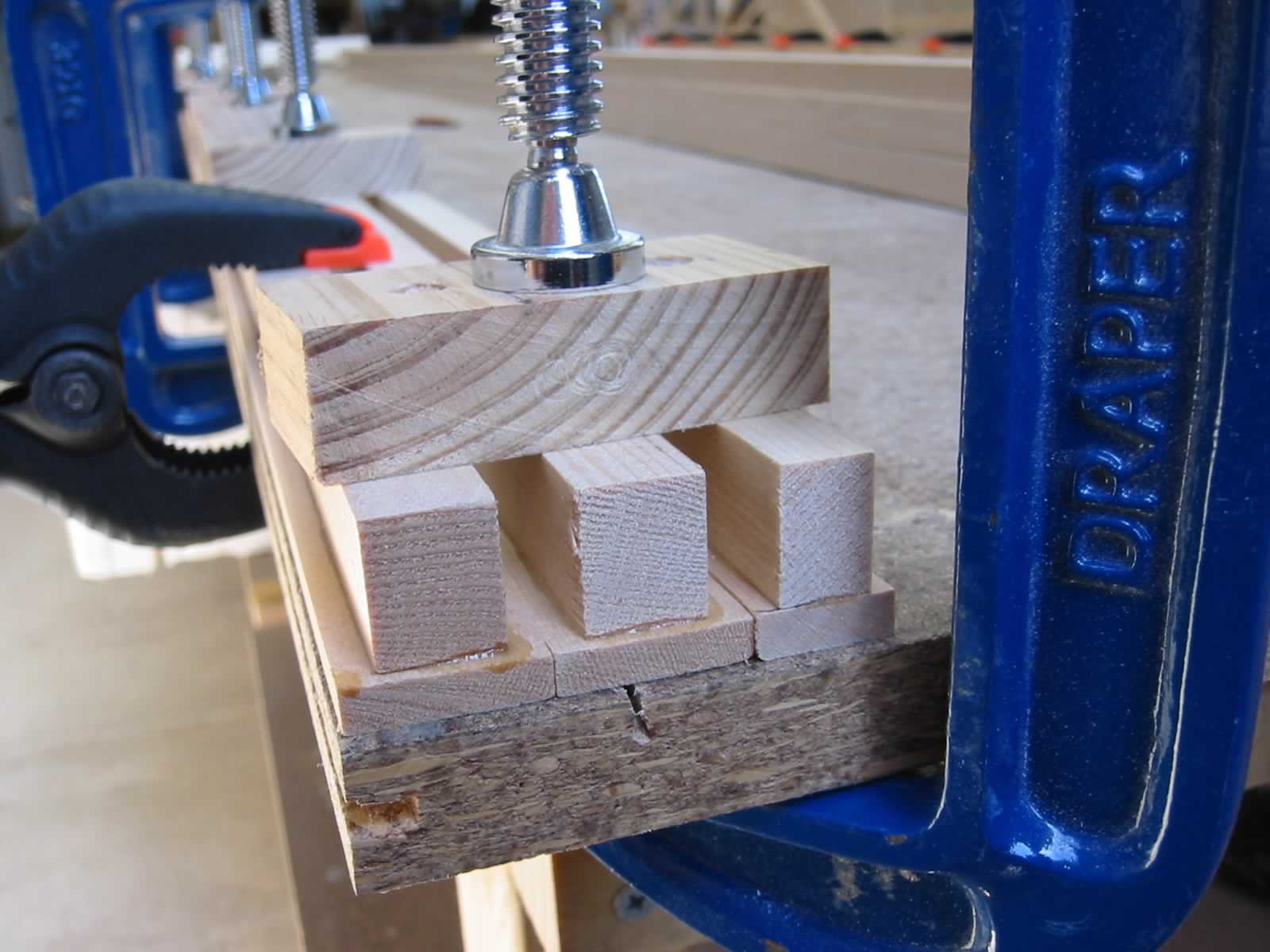 The gussets were glued on one side and then, after the glue had hardened the stabilizer turned over and gussets glued to the second side. When that was dry I glued the “Ribs” to both sides making a symmetrical airfoil shape 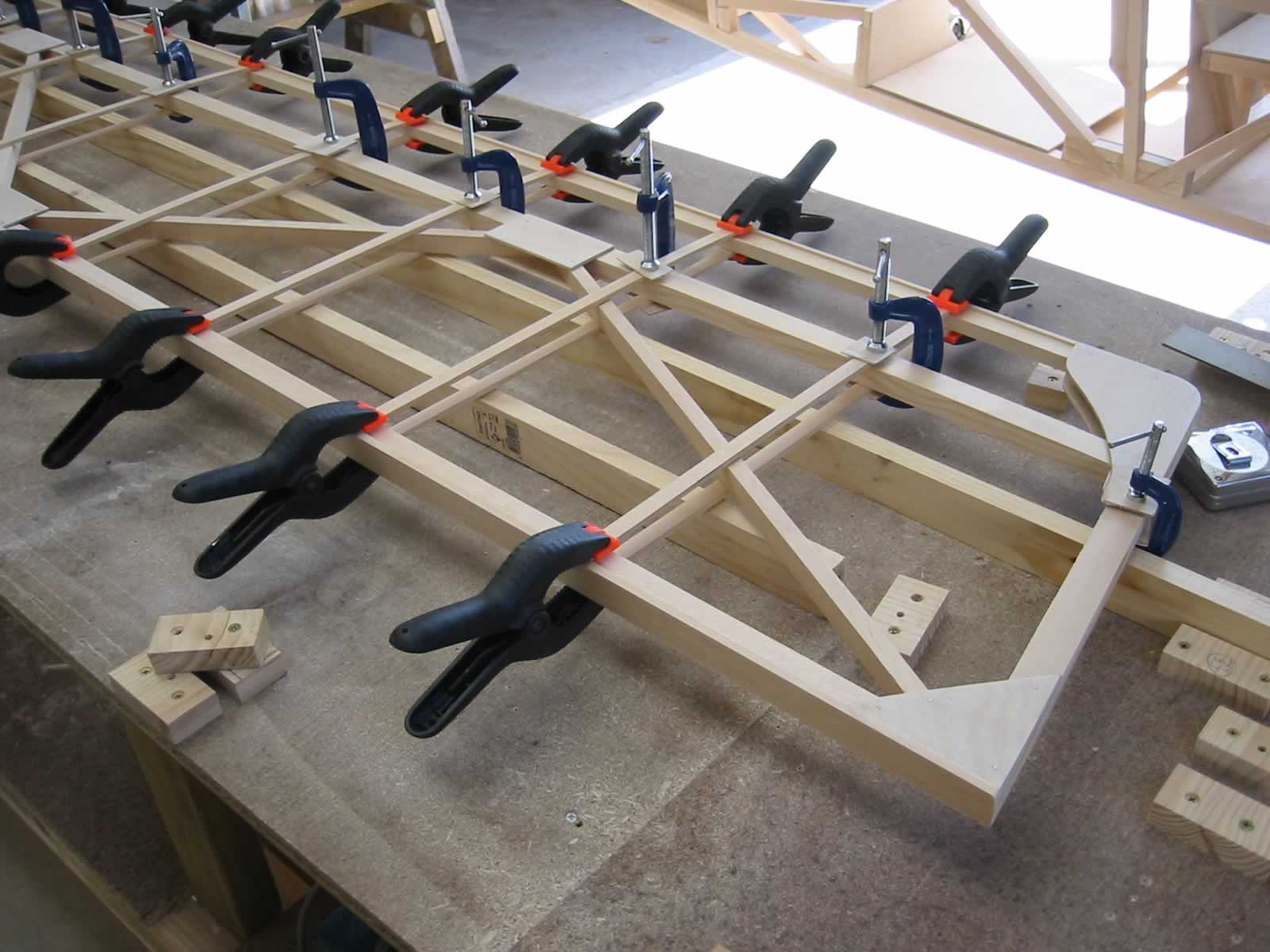 Sanding the leading edge to shape will be completed later. 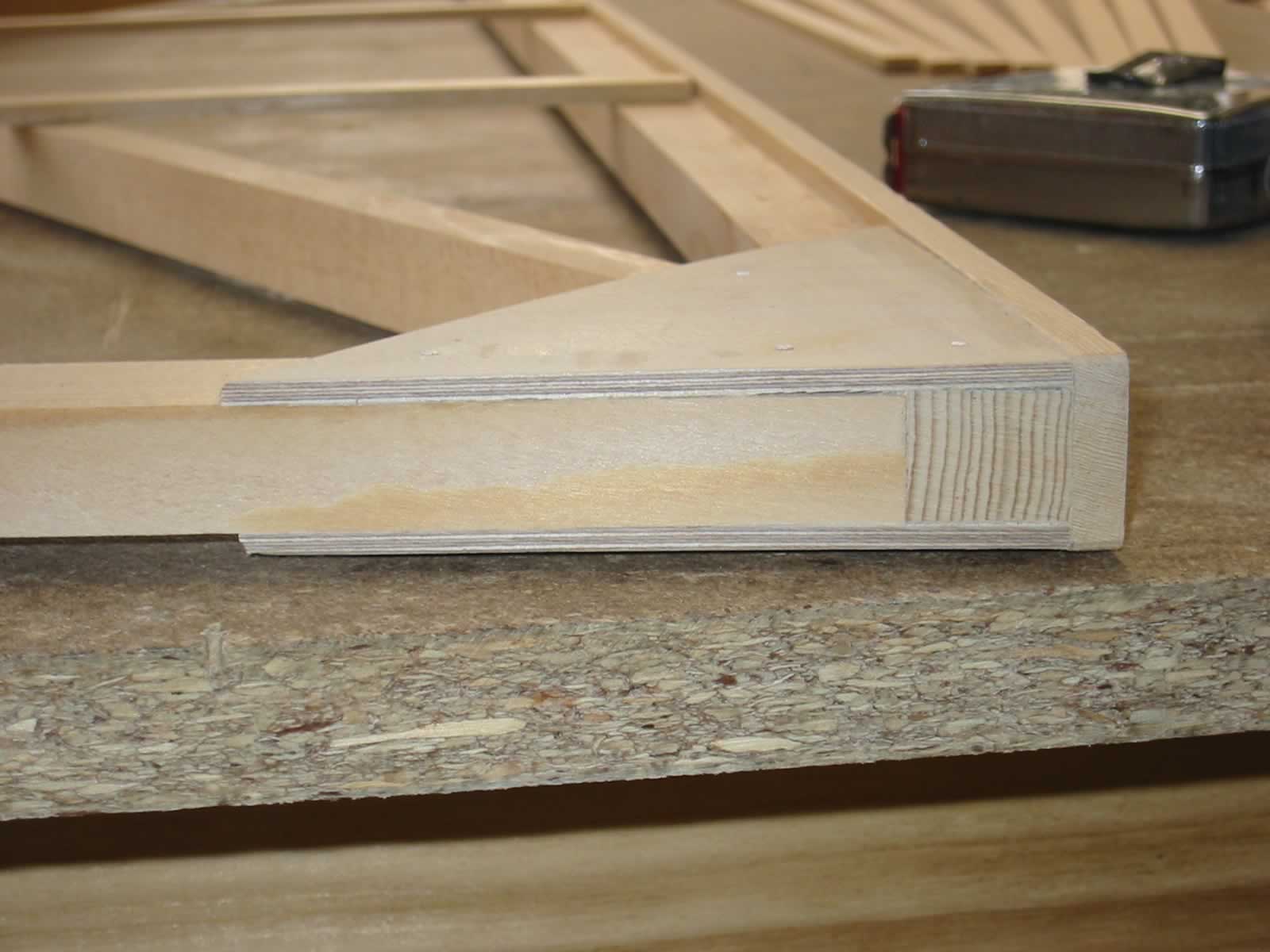 Edge of Stabilizer showing taper to the leading edge 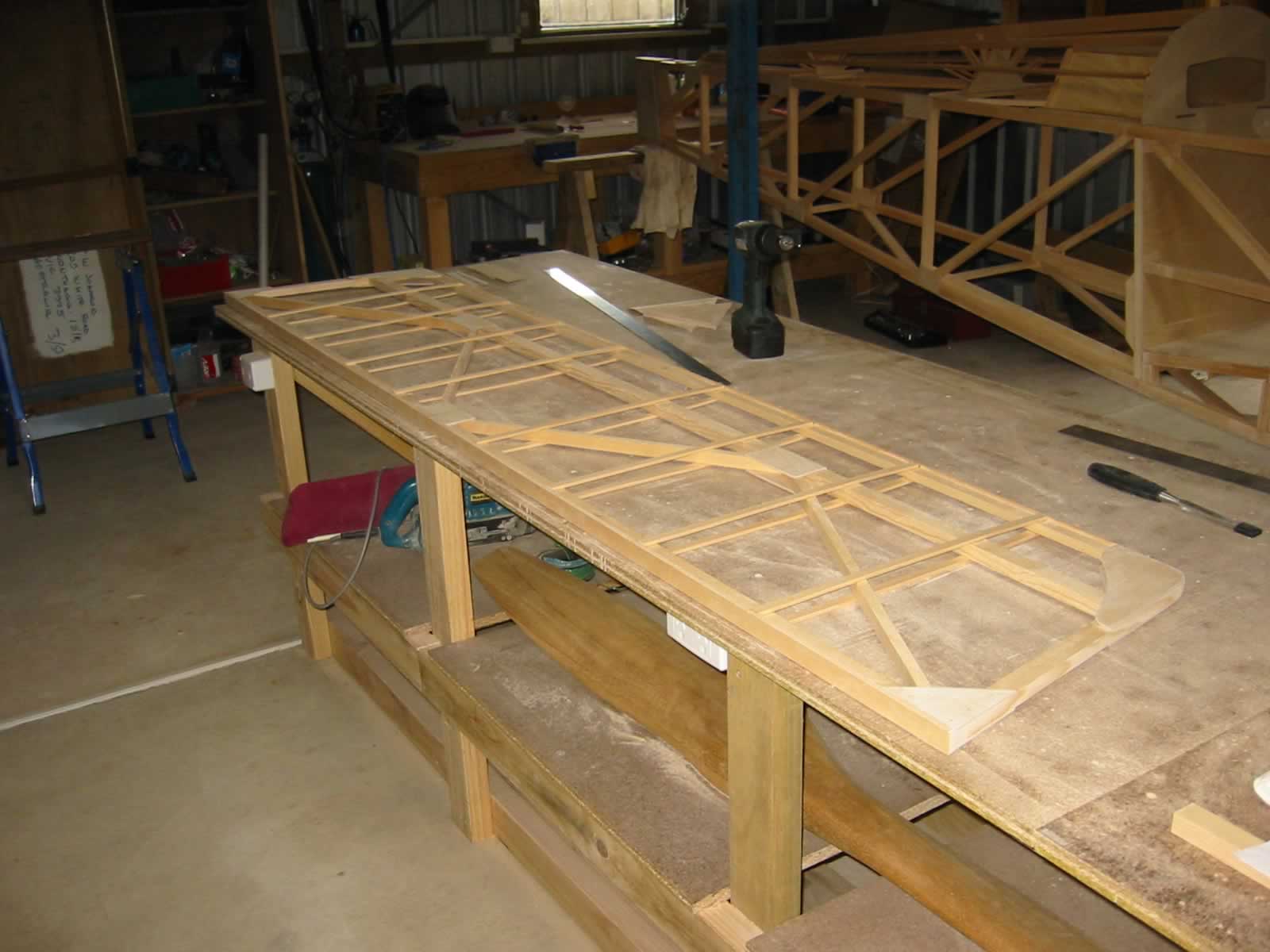 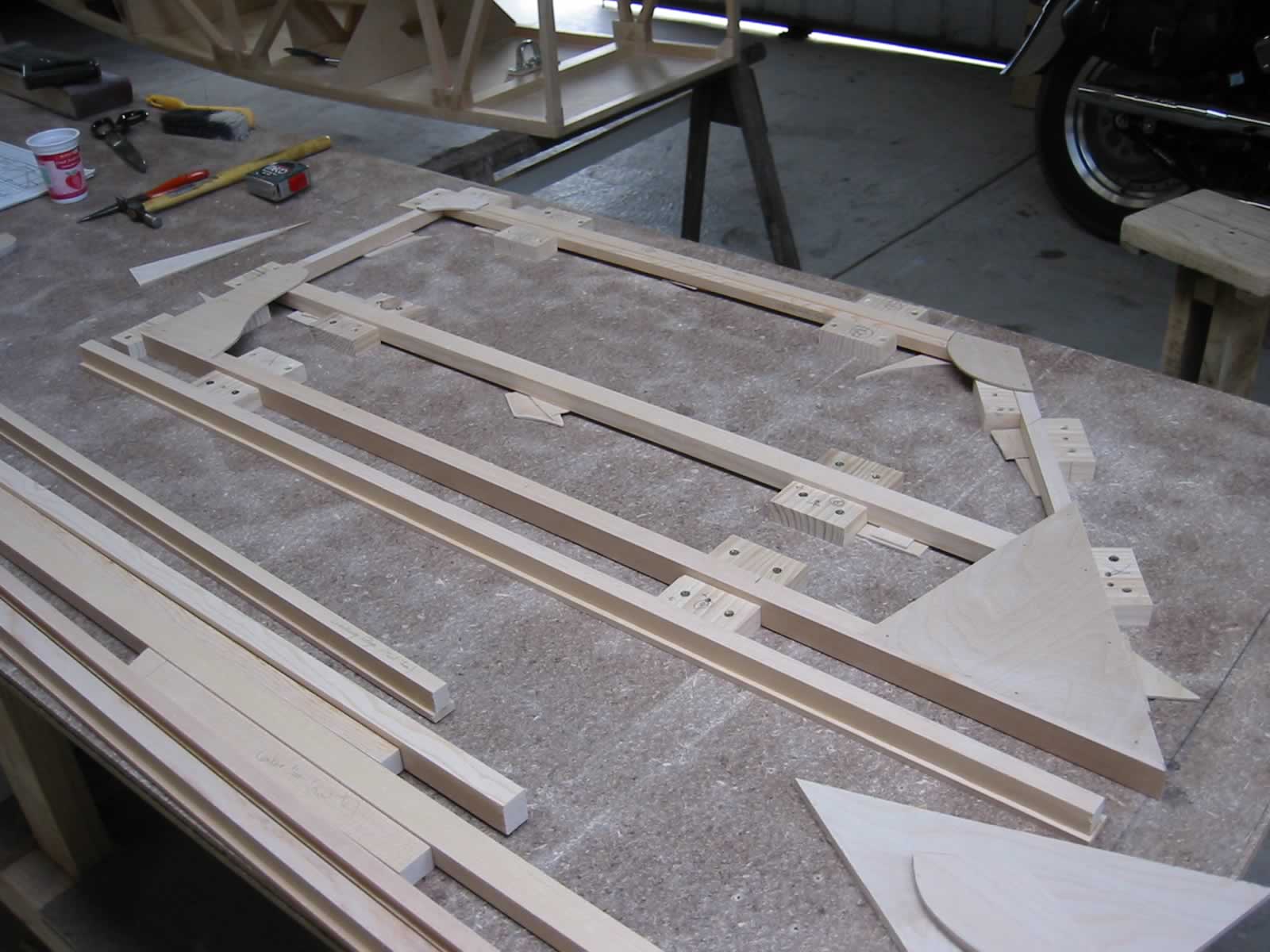 The elevators were made up in exactly the same fashion 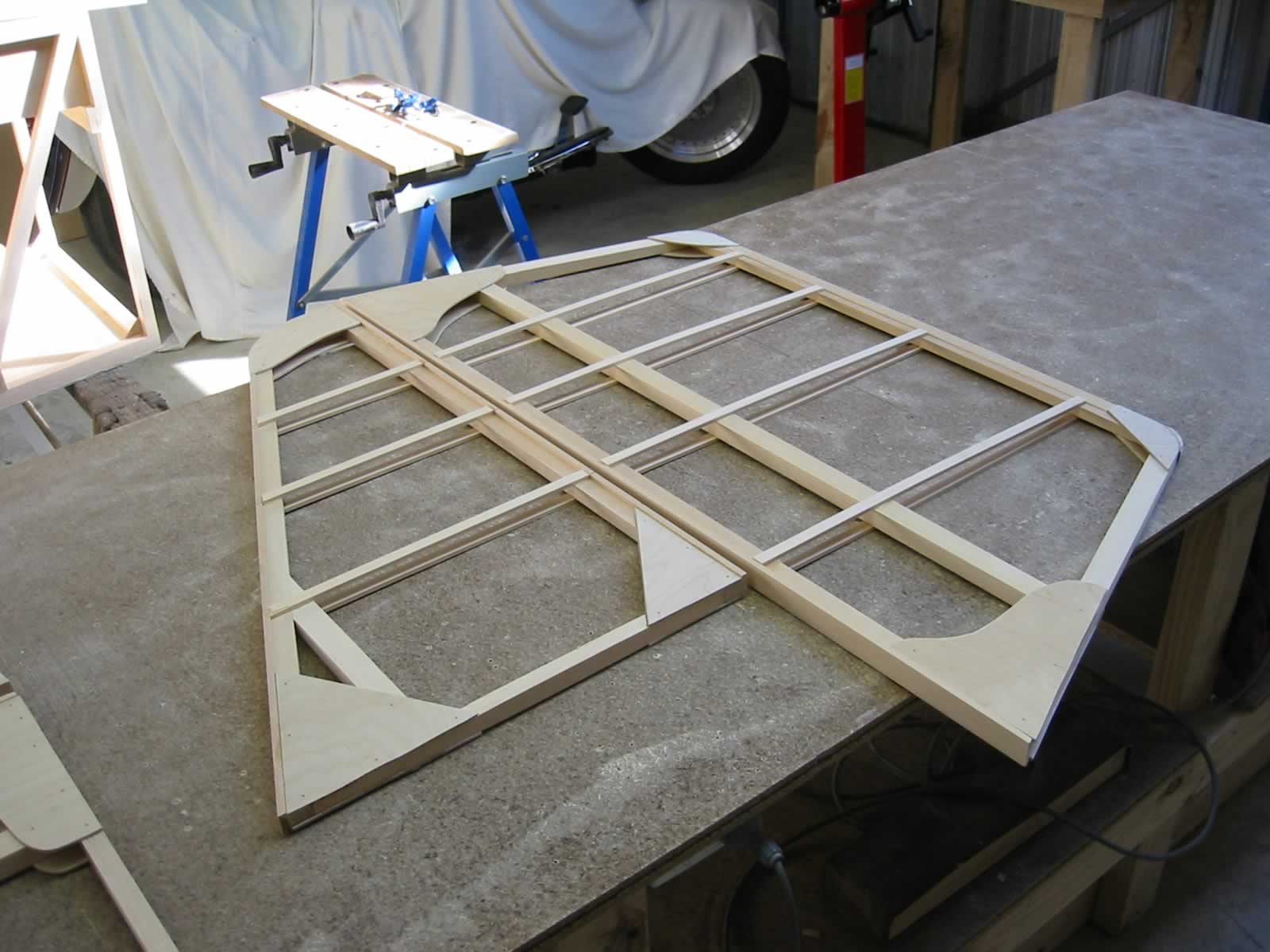 The completed rudder and fin 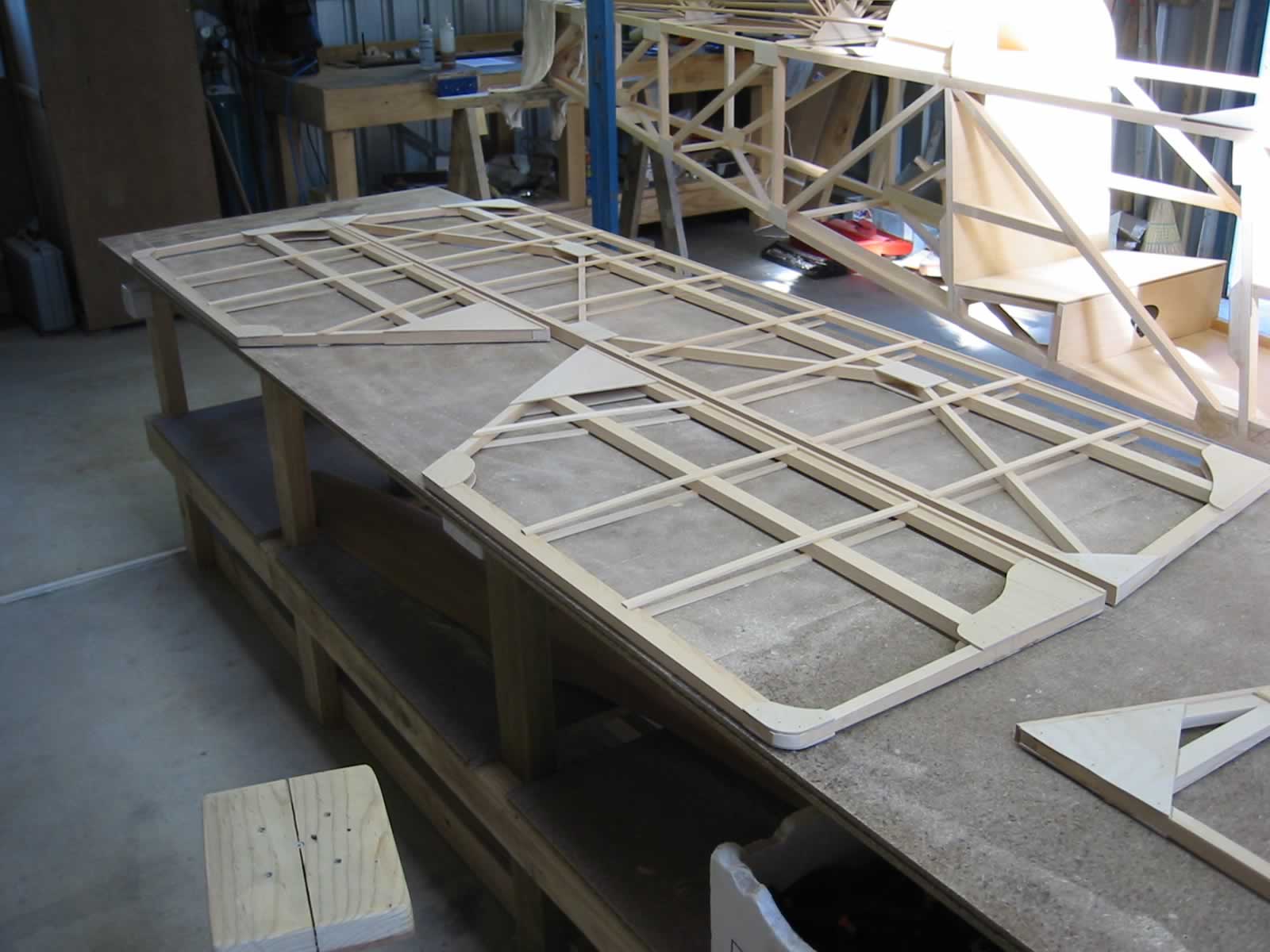 and stabilizer and elevators 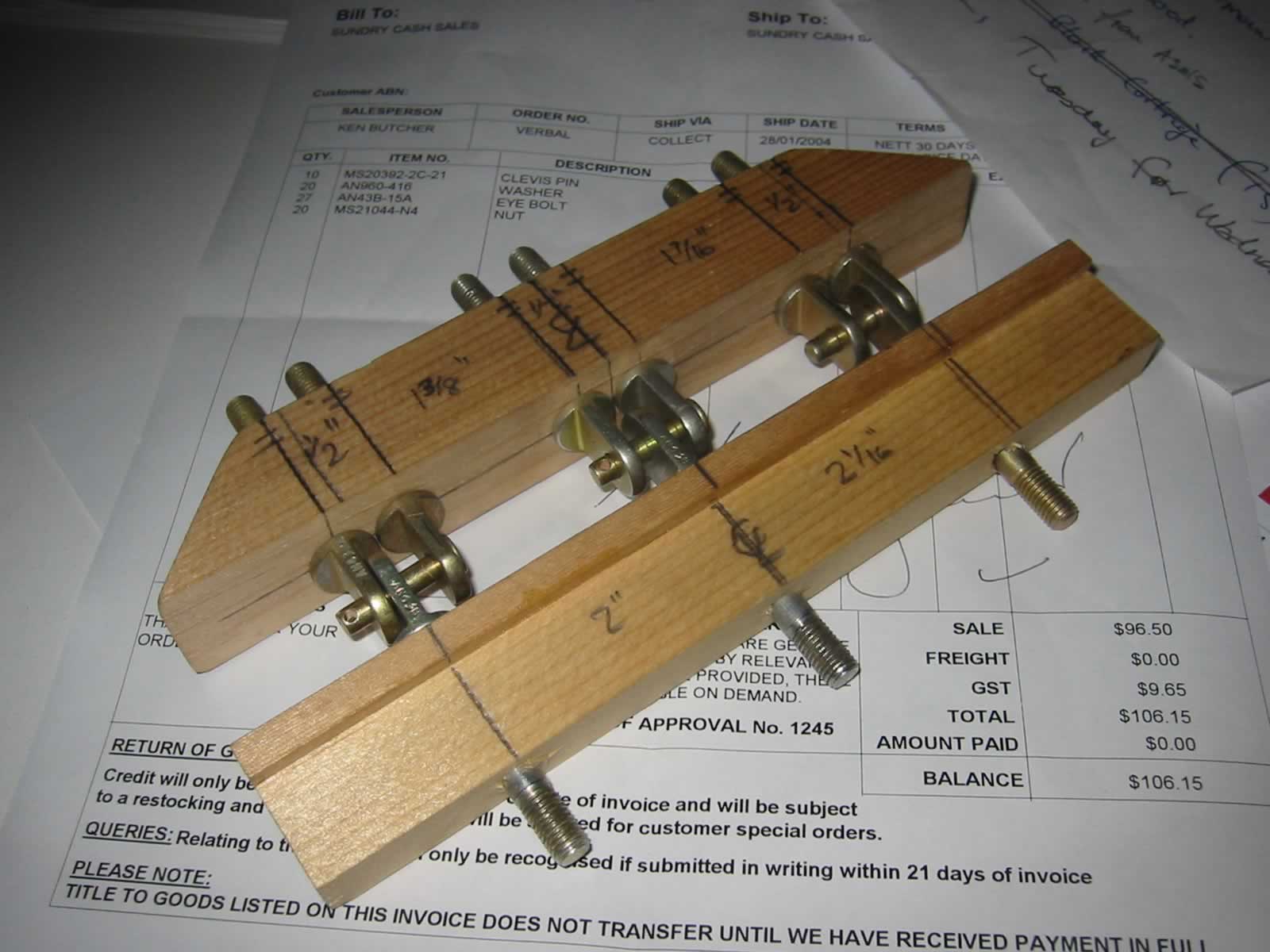 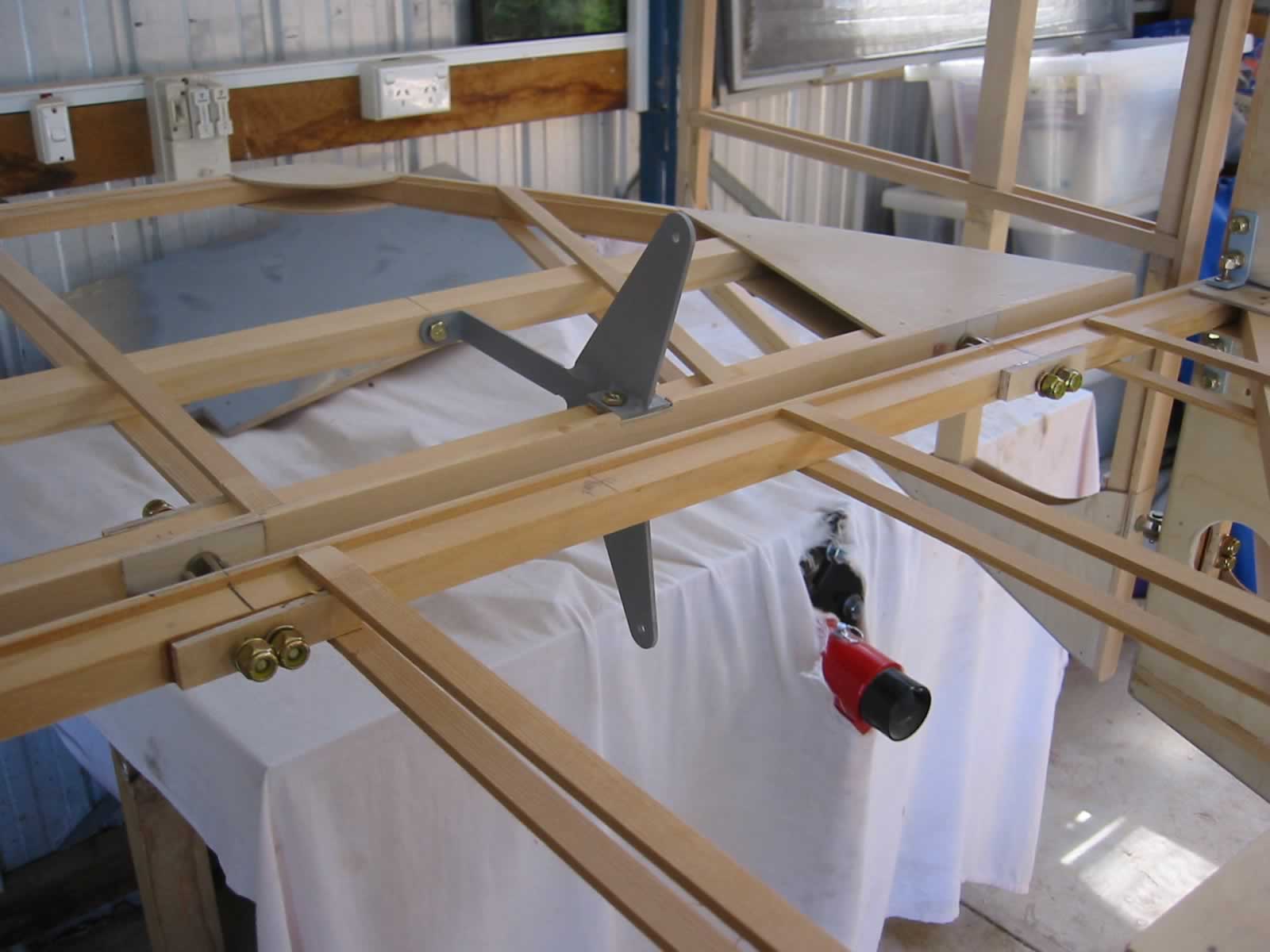 The hinges and control horns fitted 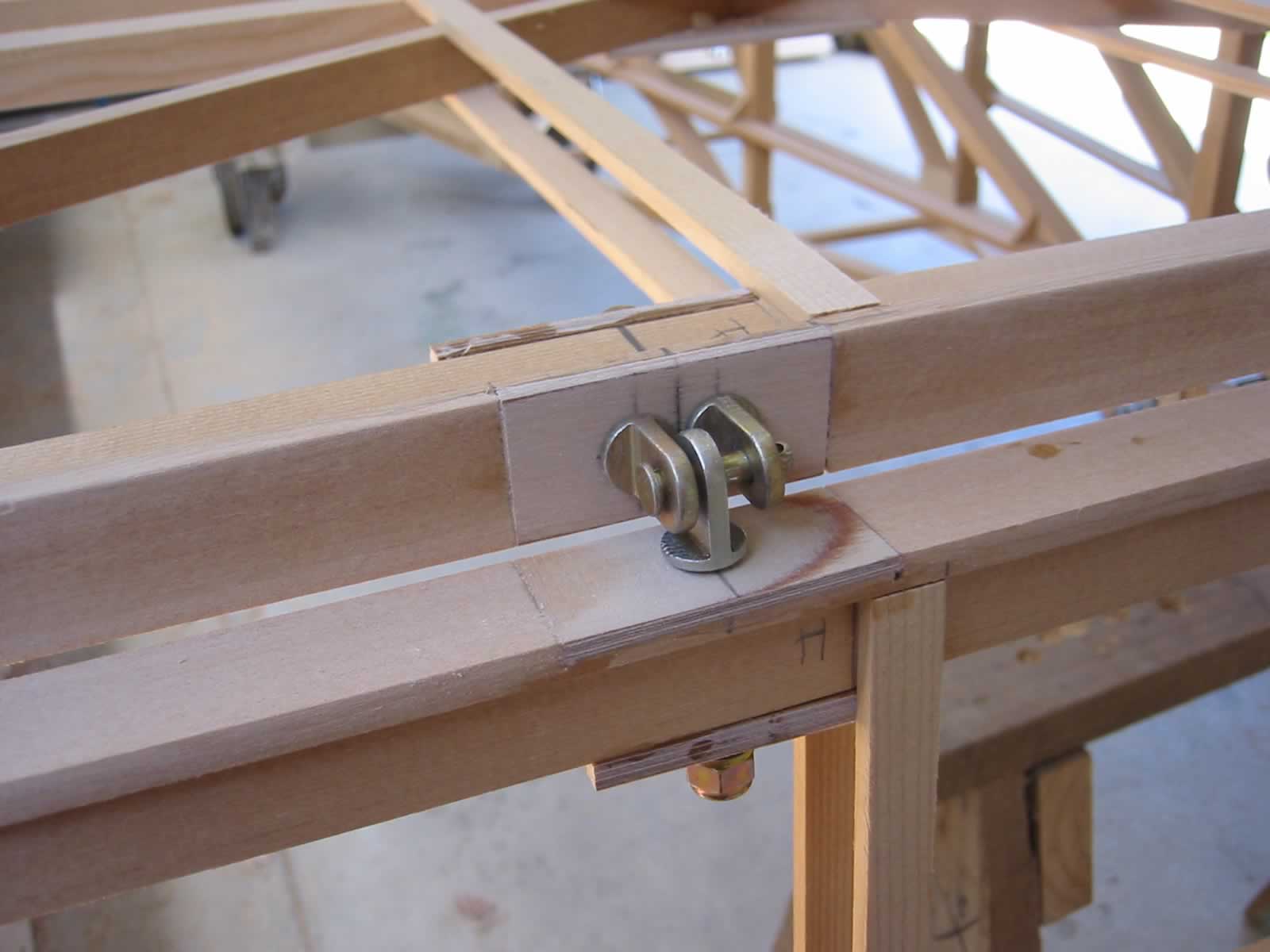 Detail of one elevator hinge 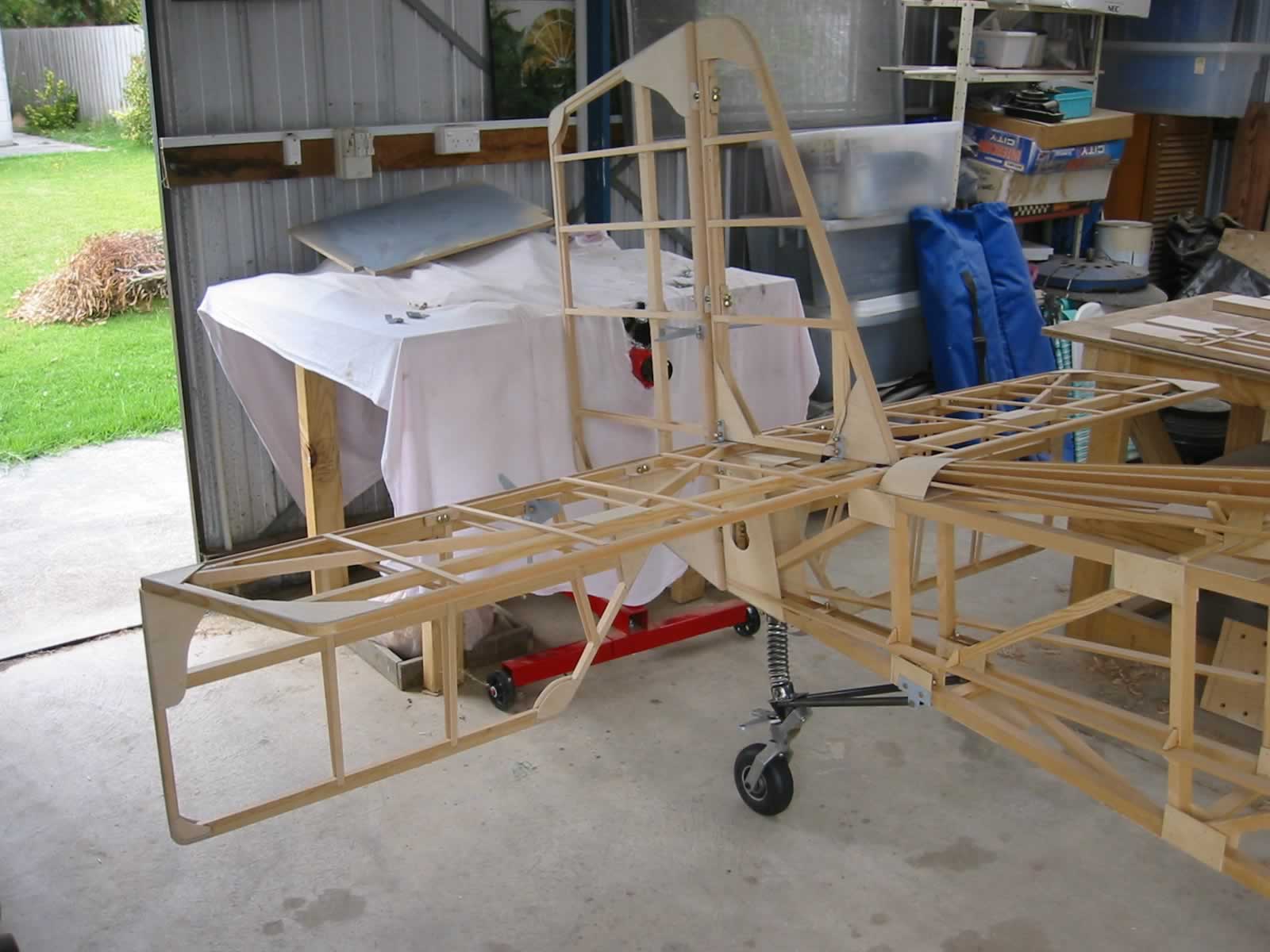