I carried out some taxi tests and found the cylinder head temps and oil temps were a bit high. I installed some extra baffling to sort it out. When everything is OK I’ll make the baffling look better than this! 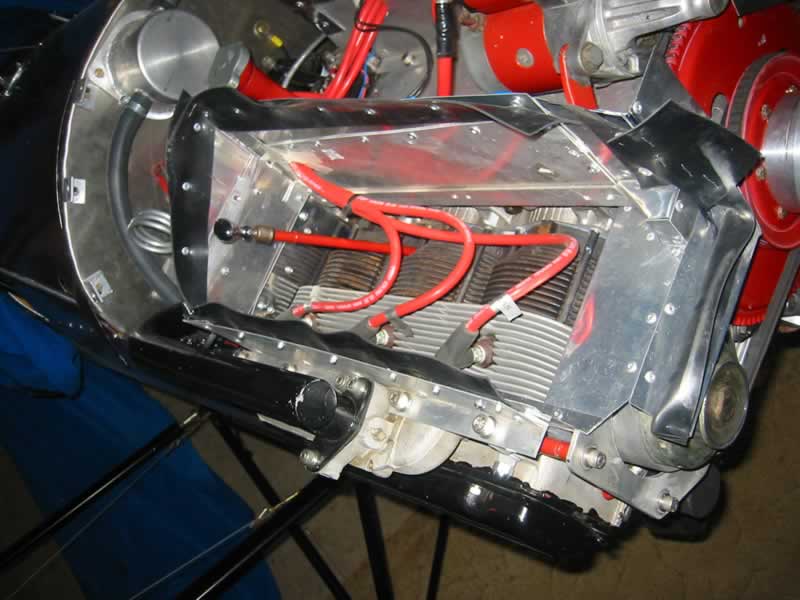 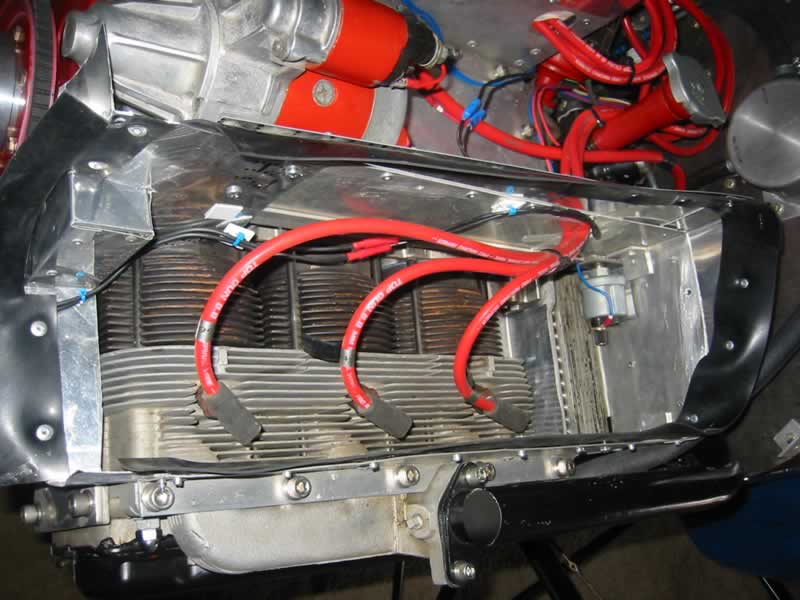 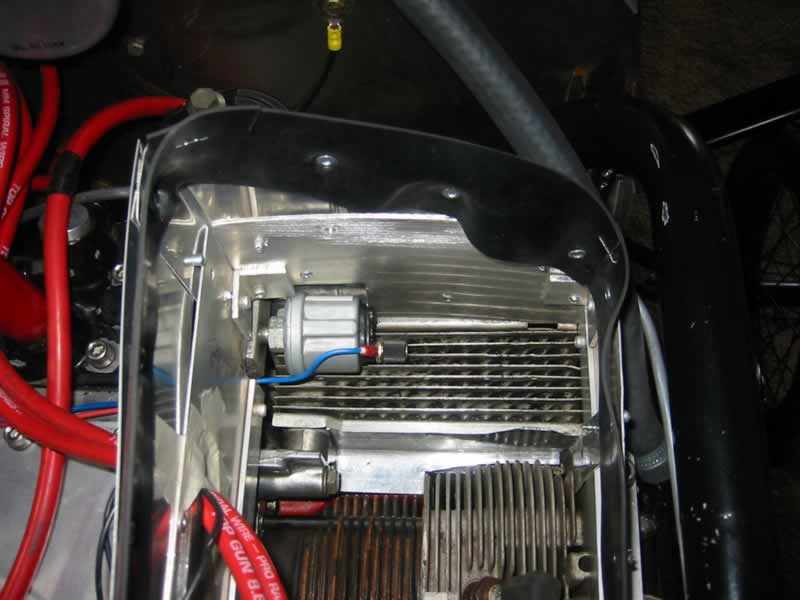 Oil cooler. The oil temp is still a bit high with the present prop. I’ll test the new prop before doing much more to the cooling baffles.

Well… I fitted a Warp Drive prop and found a great improvement in performance, however the oil temps were still high and on one particular flight I ended up executing an off field landing. Minor damage to the undercarriage was sustained so it was back to the hangar to re-design the cooling.

I am going to relocate the alternator and the tacho sender to allow more air to flow into the cylinder banks. I will also be relocating the oil cooler from the stock cooler position to a remote location on the bottom of the firewall. 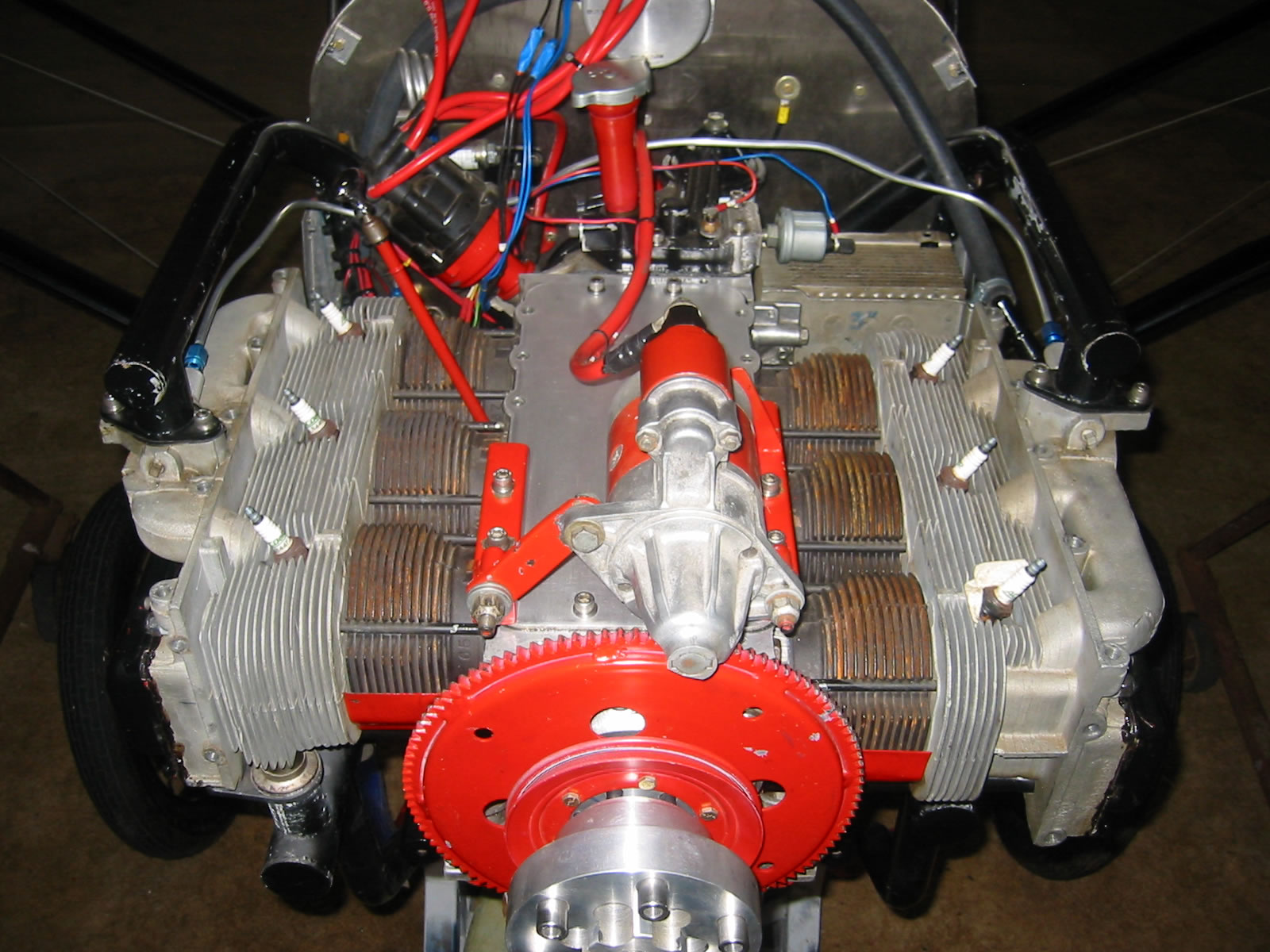 Cleaned up engine with no Alternator, baffles or tacho sender. 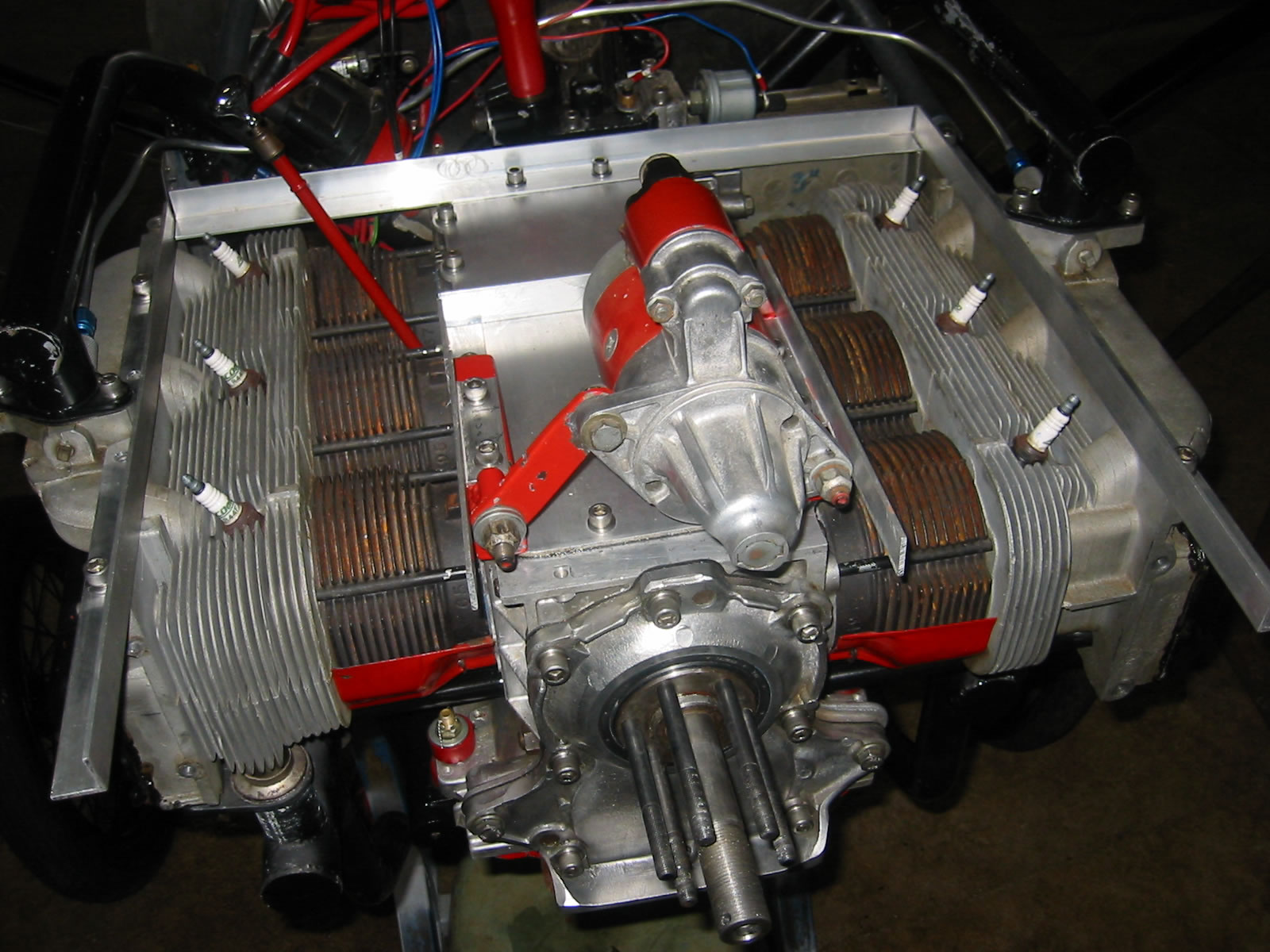 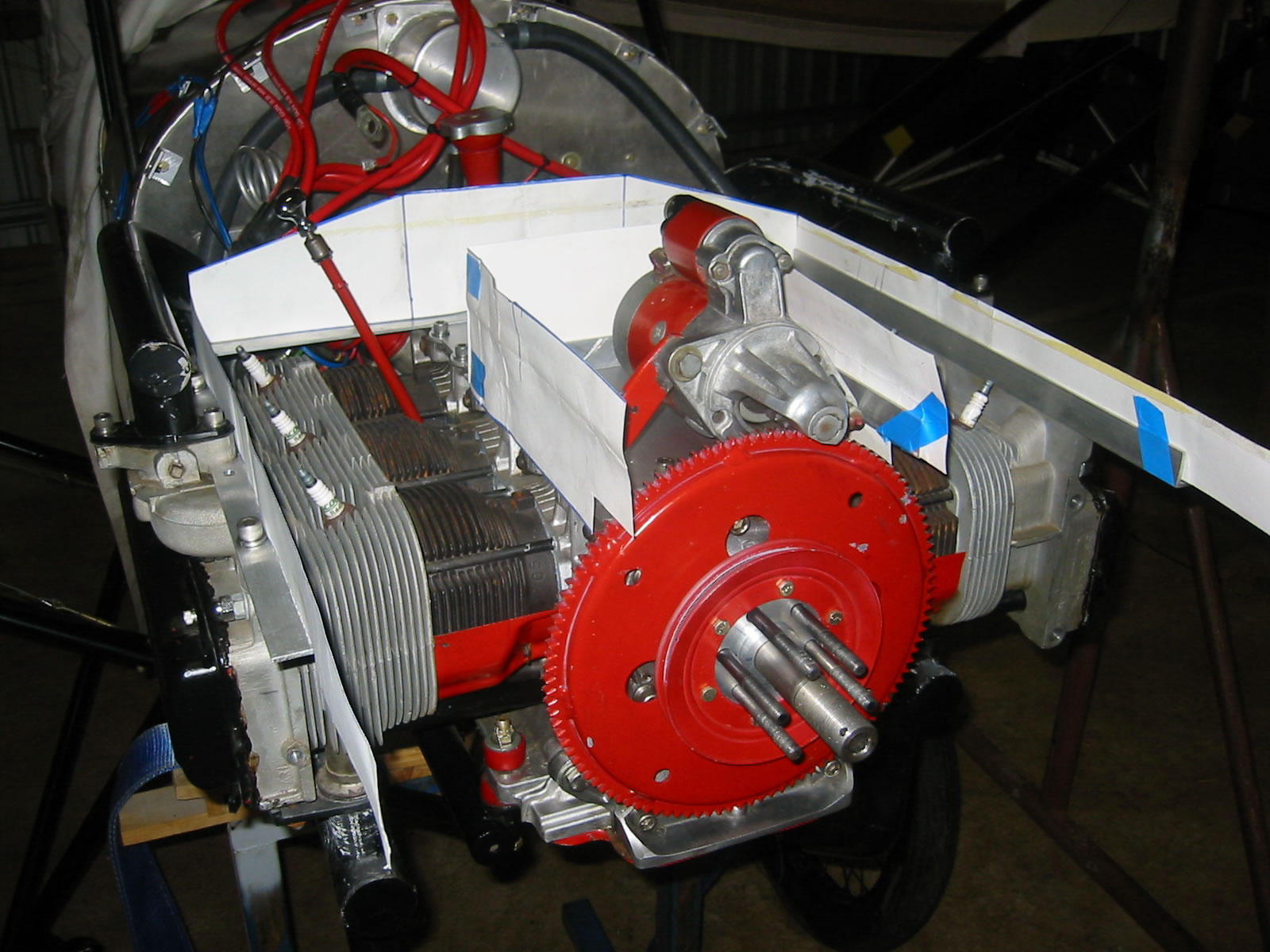 Templates for baffles around the ring gear 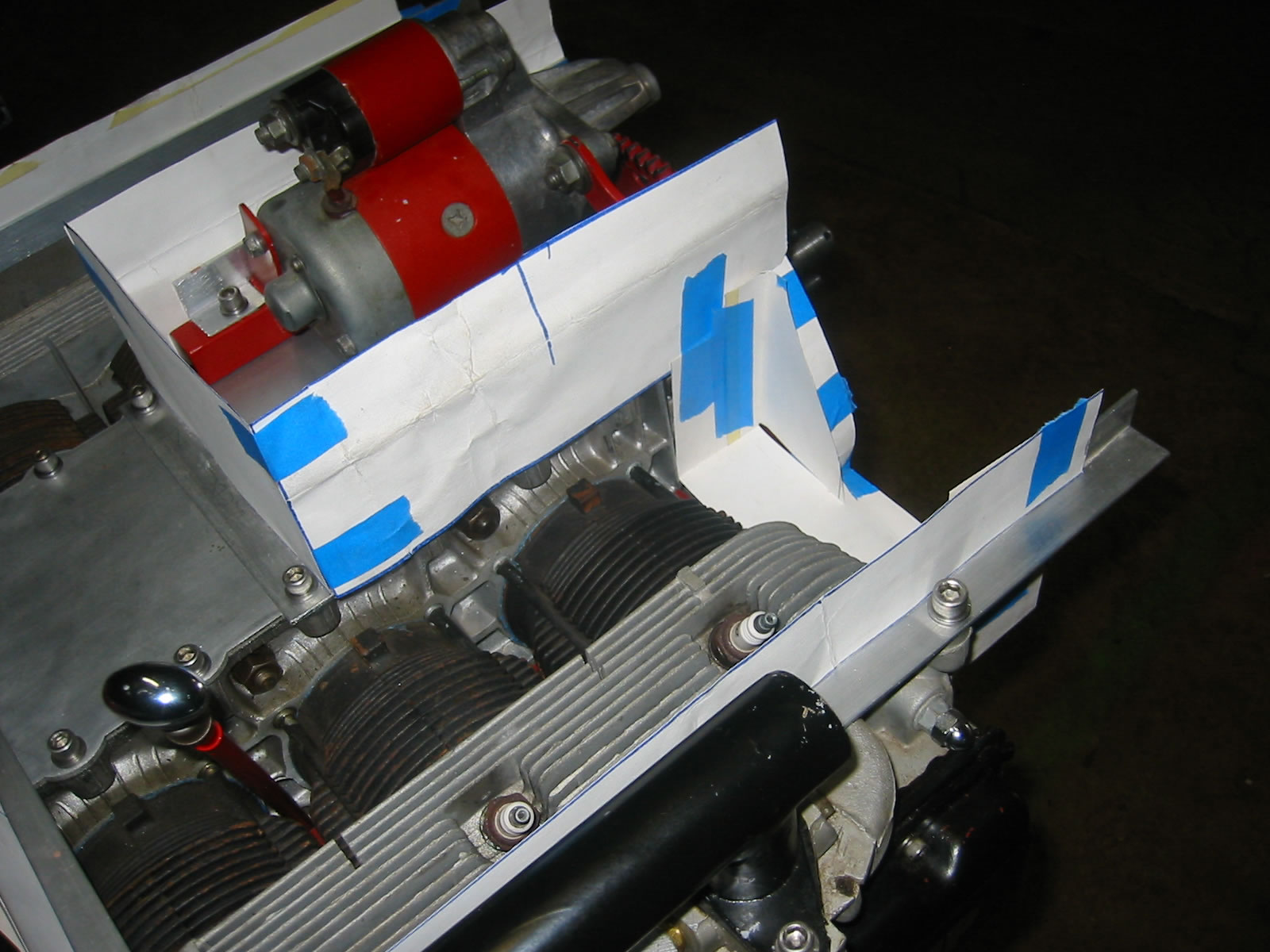 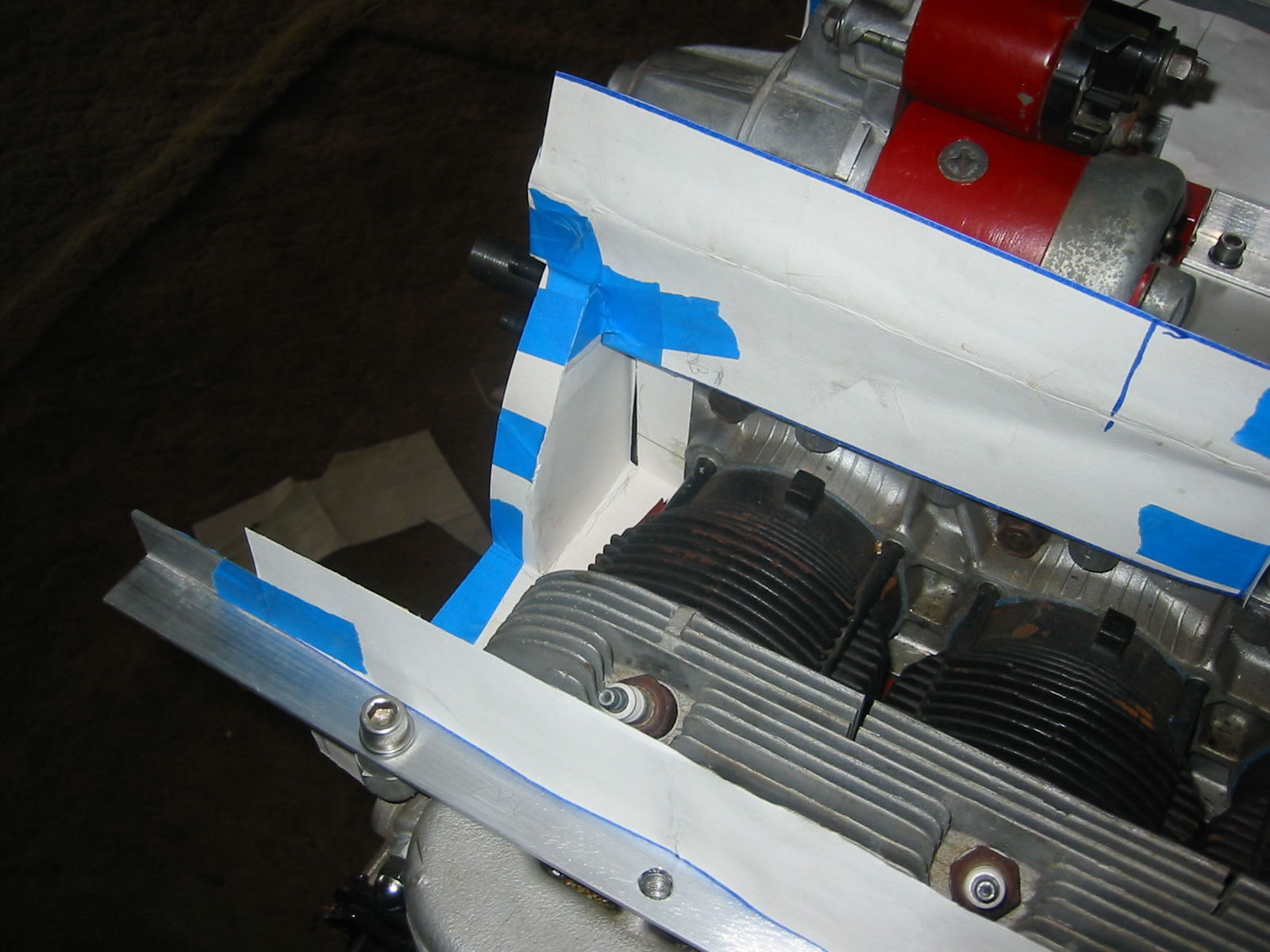 Templates for the alternator and tacho sender mounting brackets 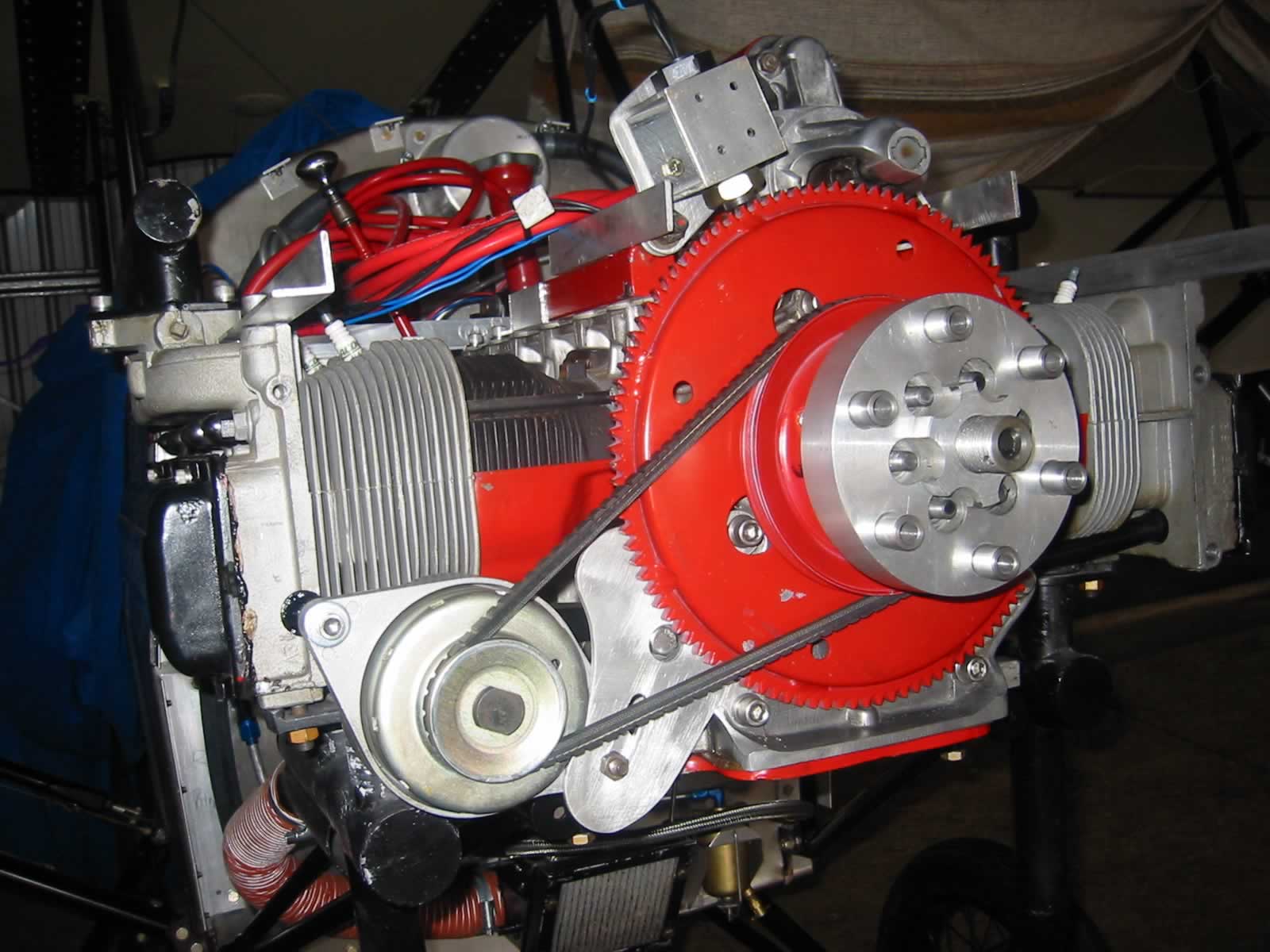 After some clearance problems with the tacho sender, I relocated it to the starter motor brackets. Also shows the new alternator bracket 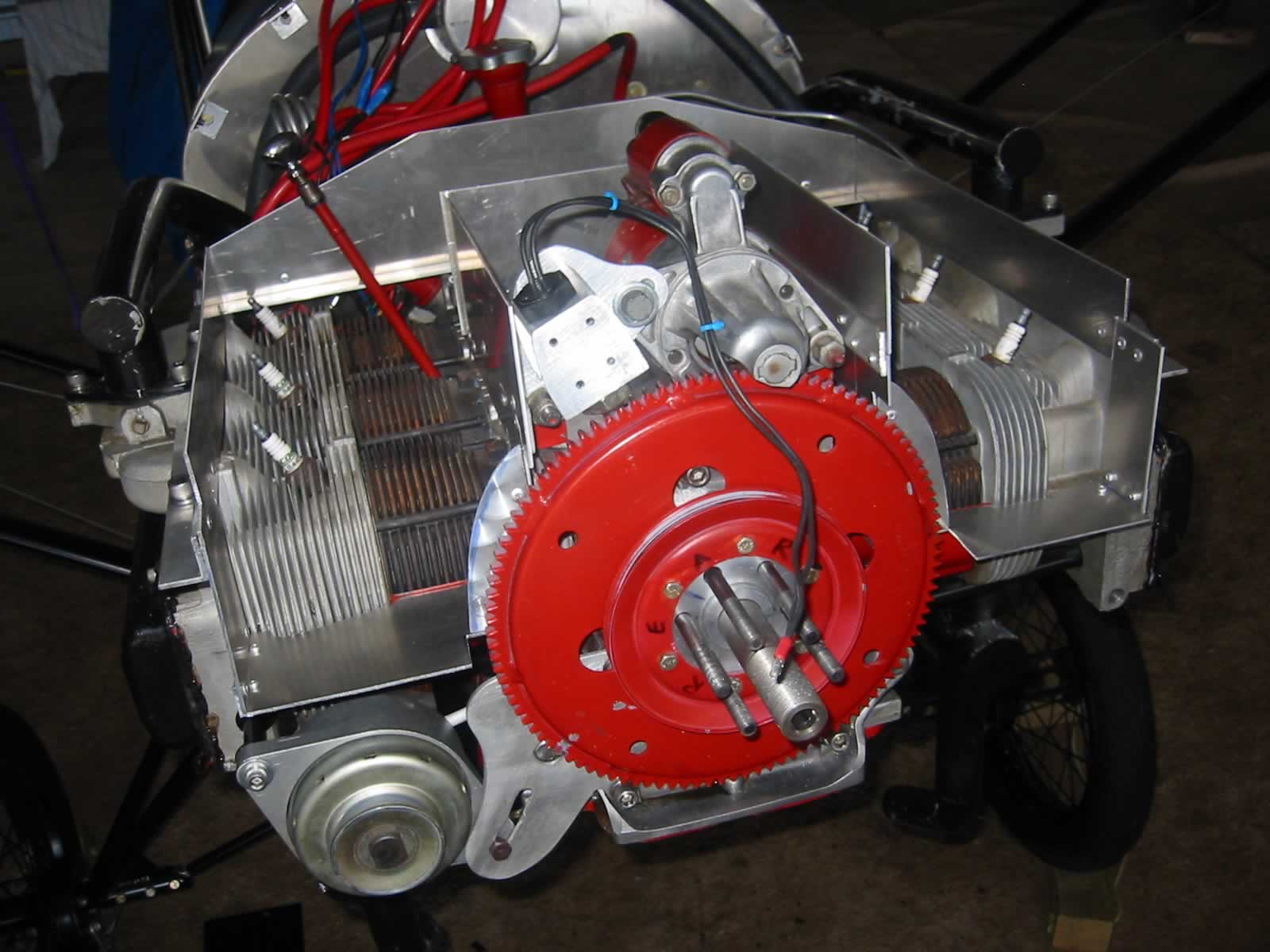 Side baffle plates in place 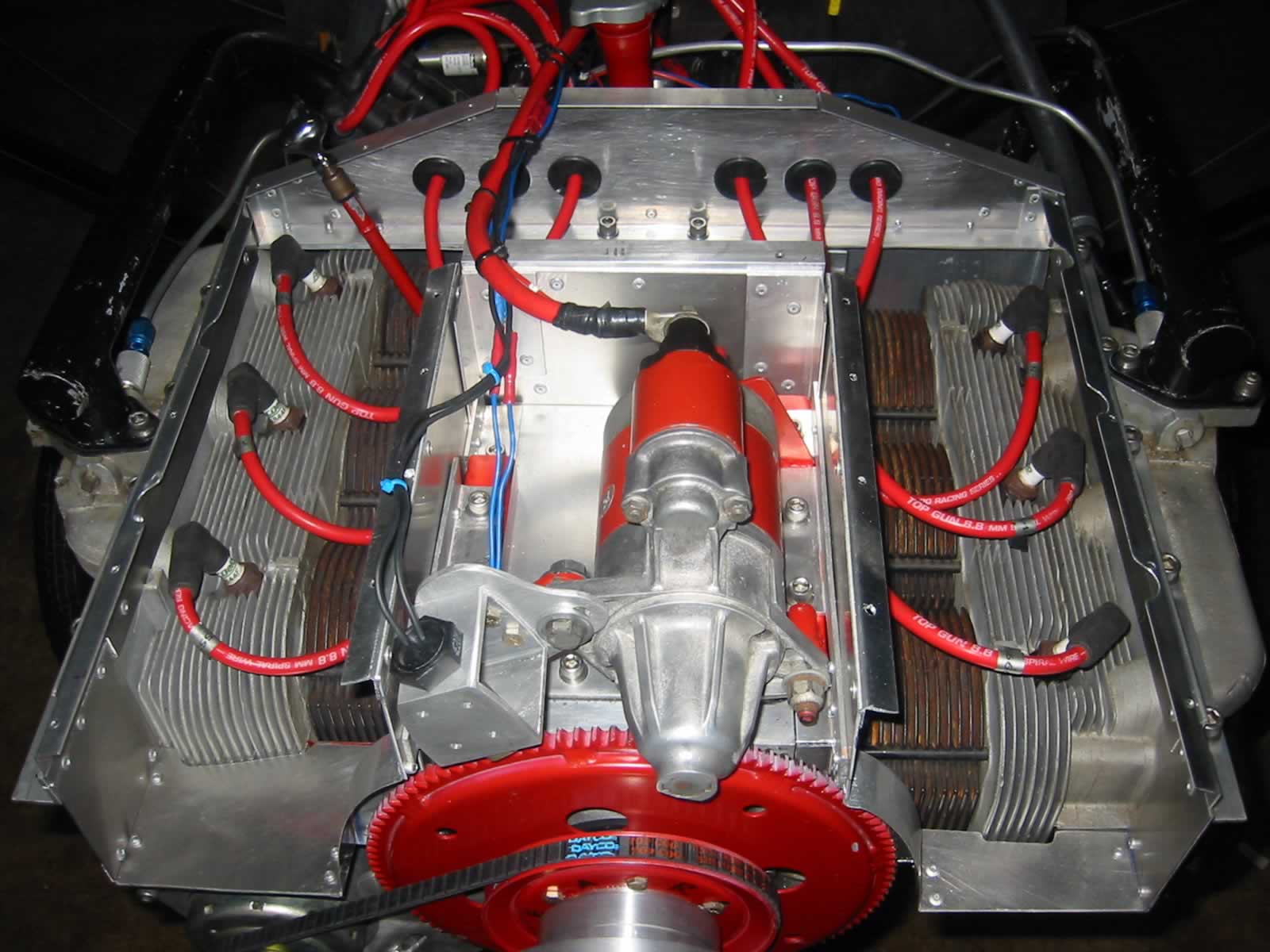 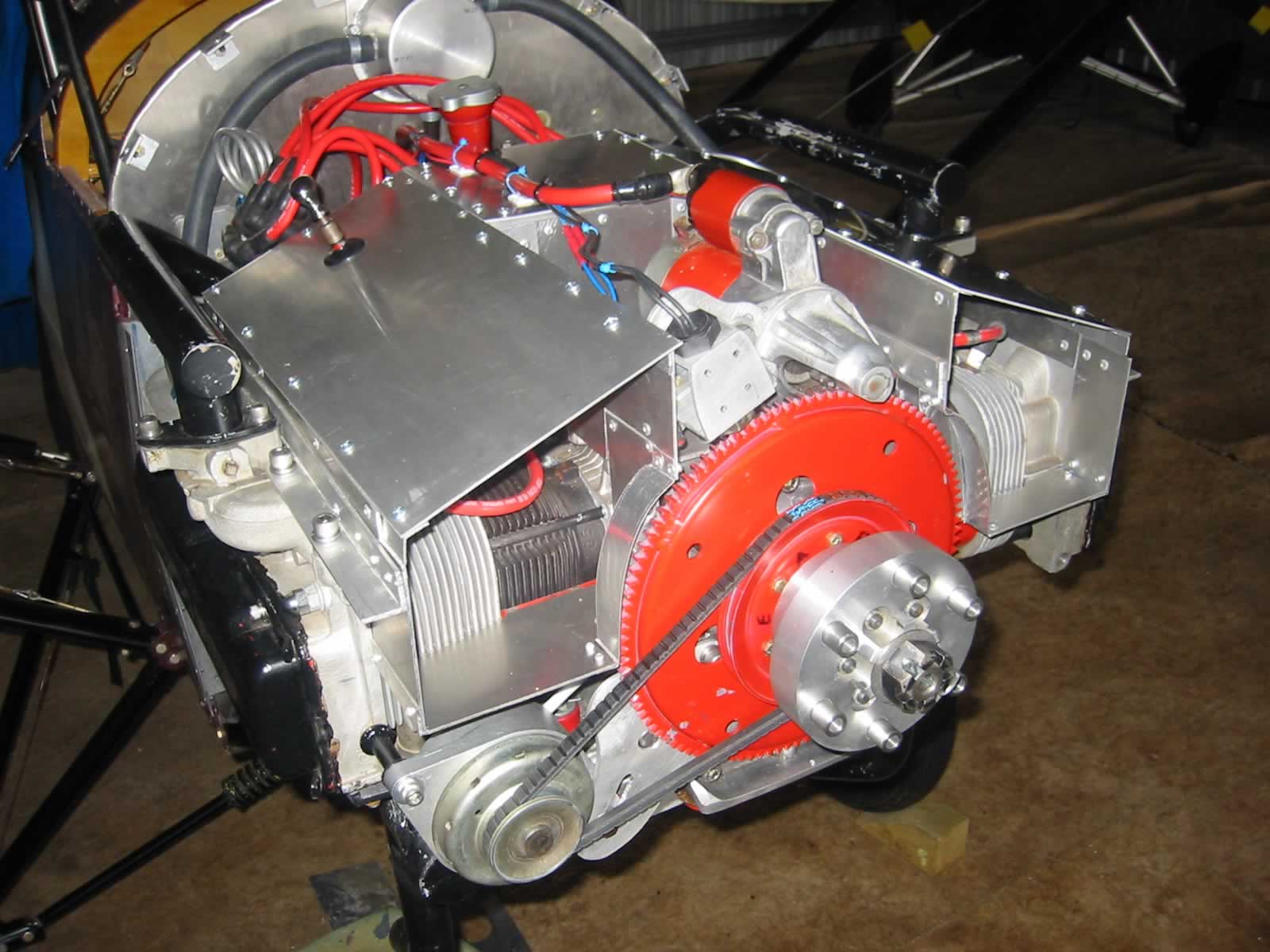 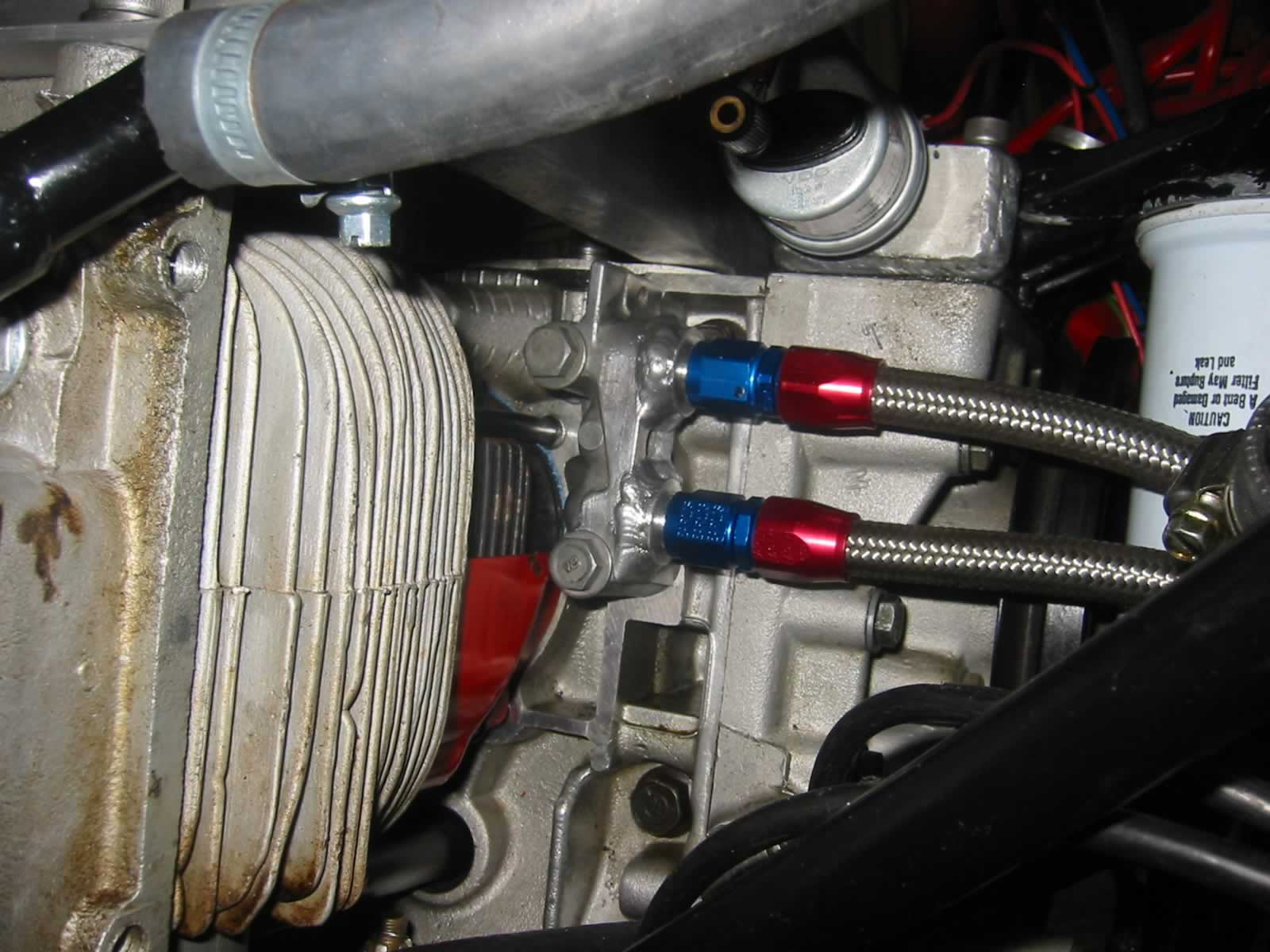 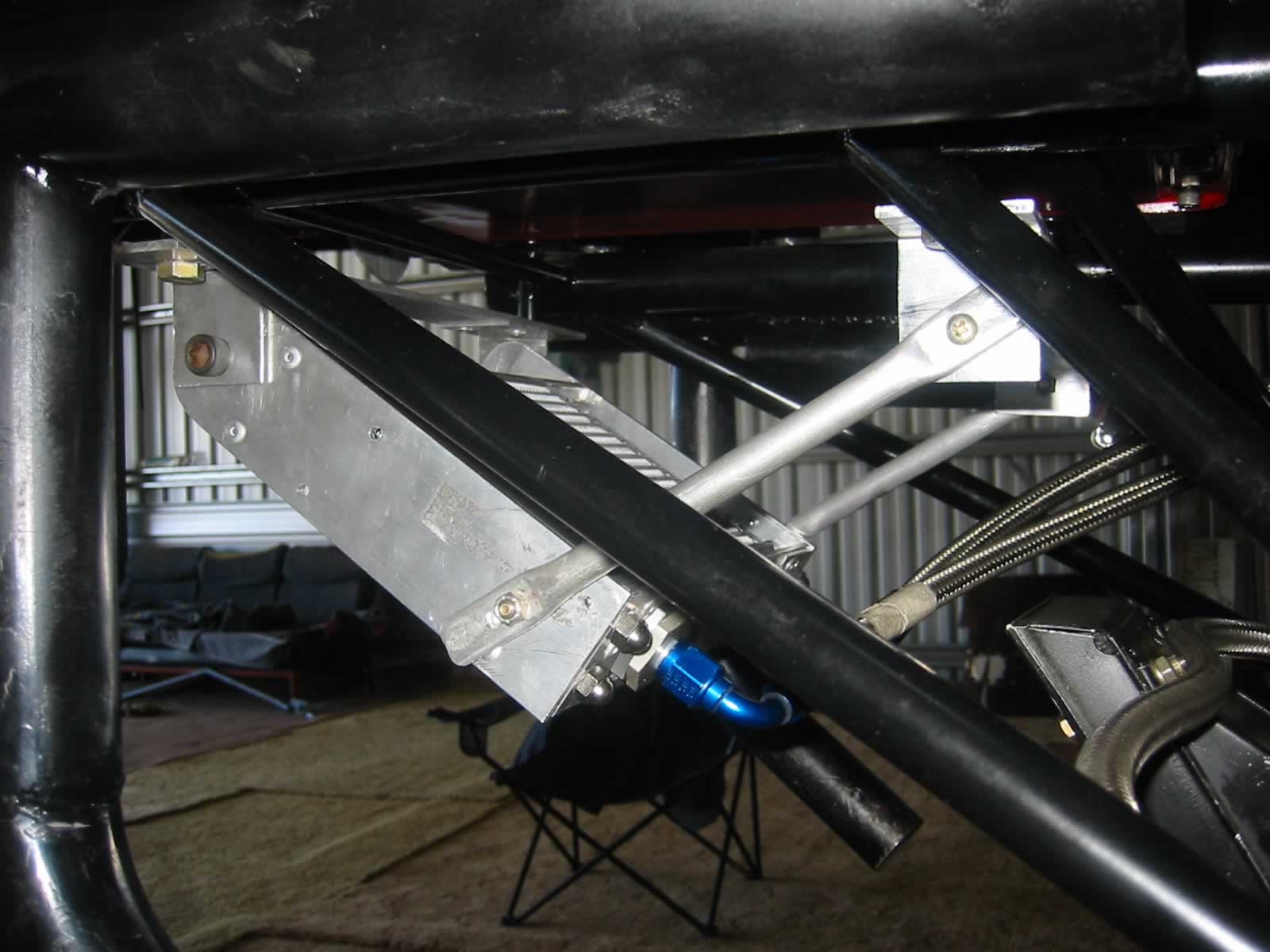 I have since changed these tube brackets to aluminium angle 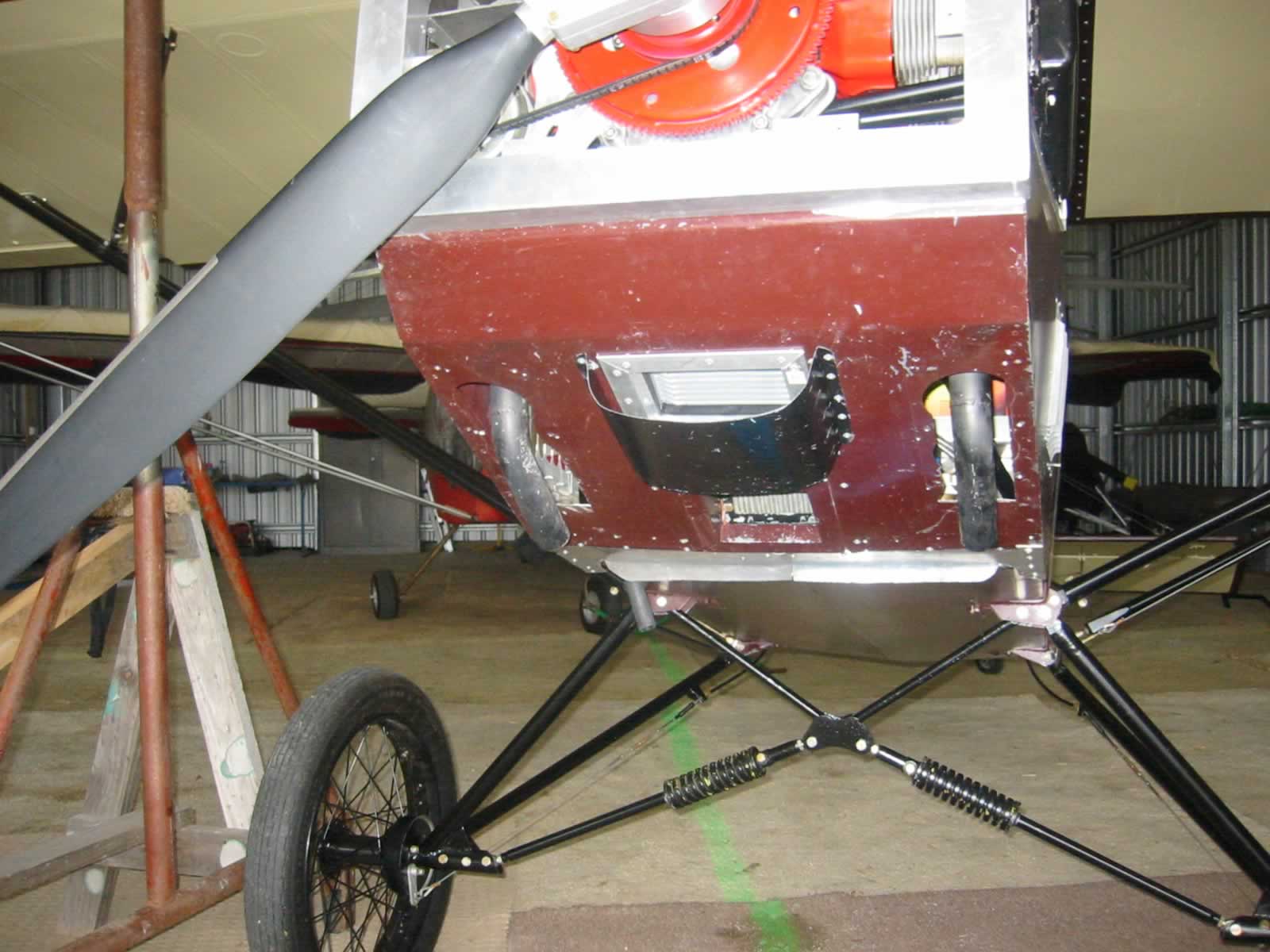 The completed cooler installation with scoop. The holes at the exhaust system are covered with aluminium plate. 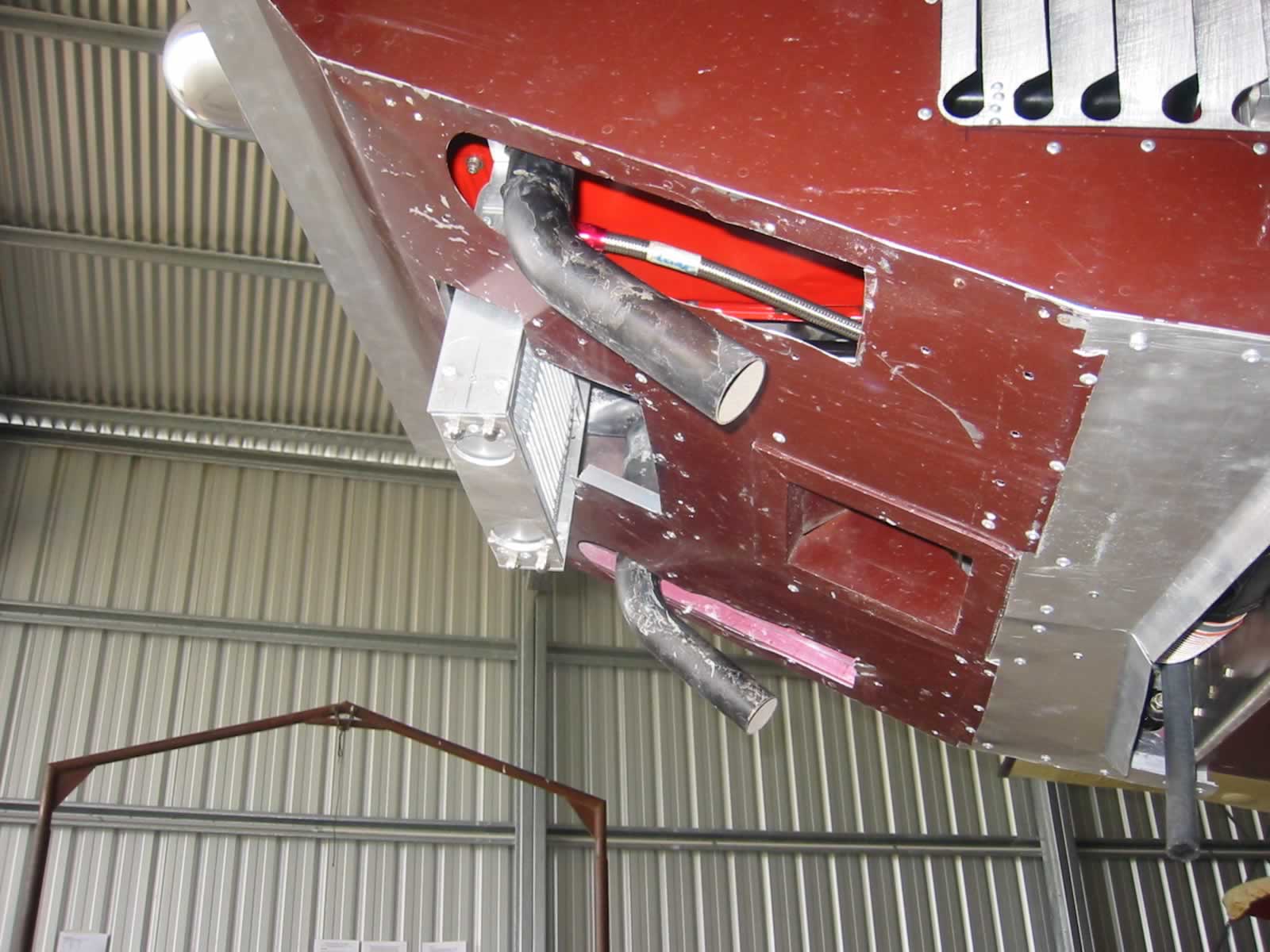 I still had temps that were on the high side and on the advice of William Wynne dropped the oil cooler into the slip stream. I made up some paper templates for the oil cooler cowling 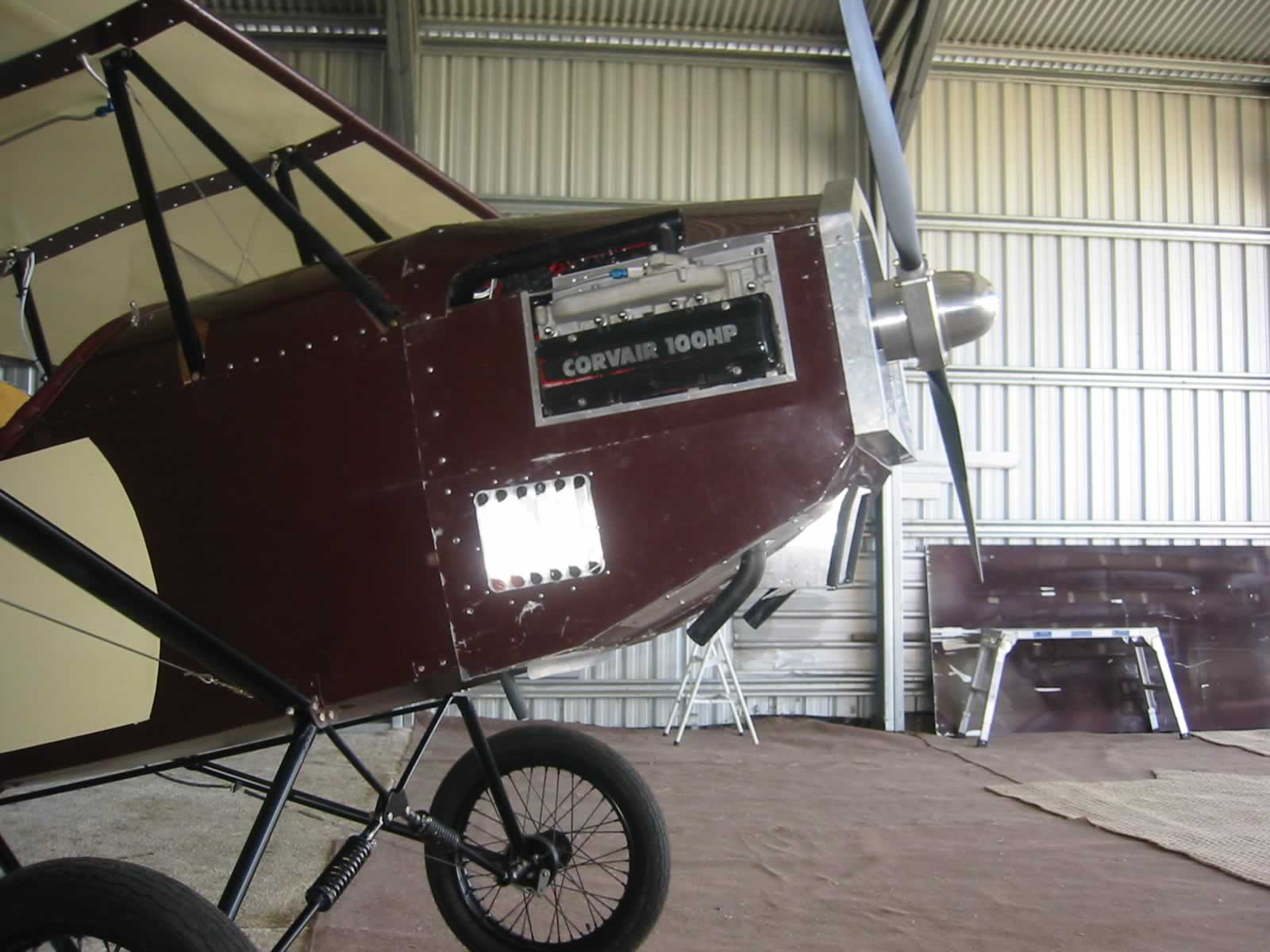 The completed cooler installation with cowling 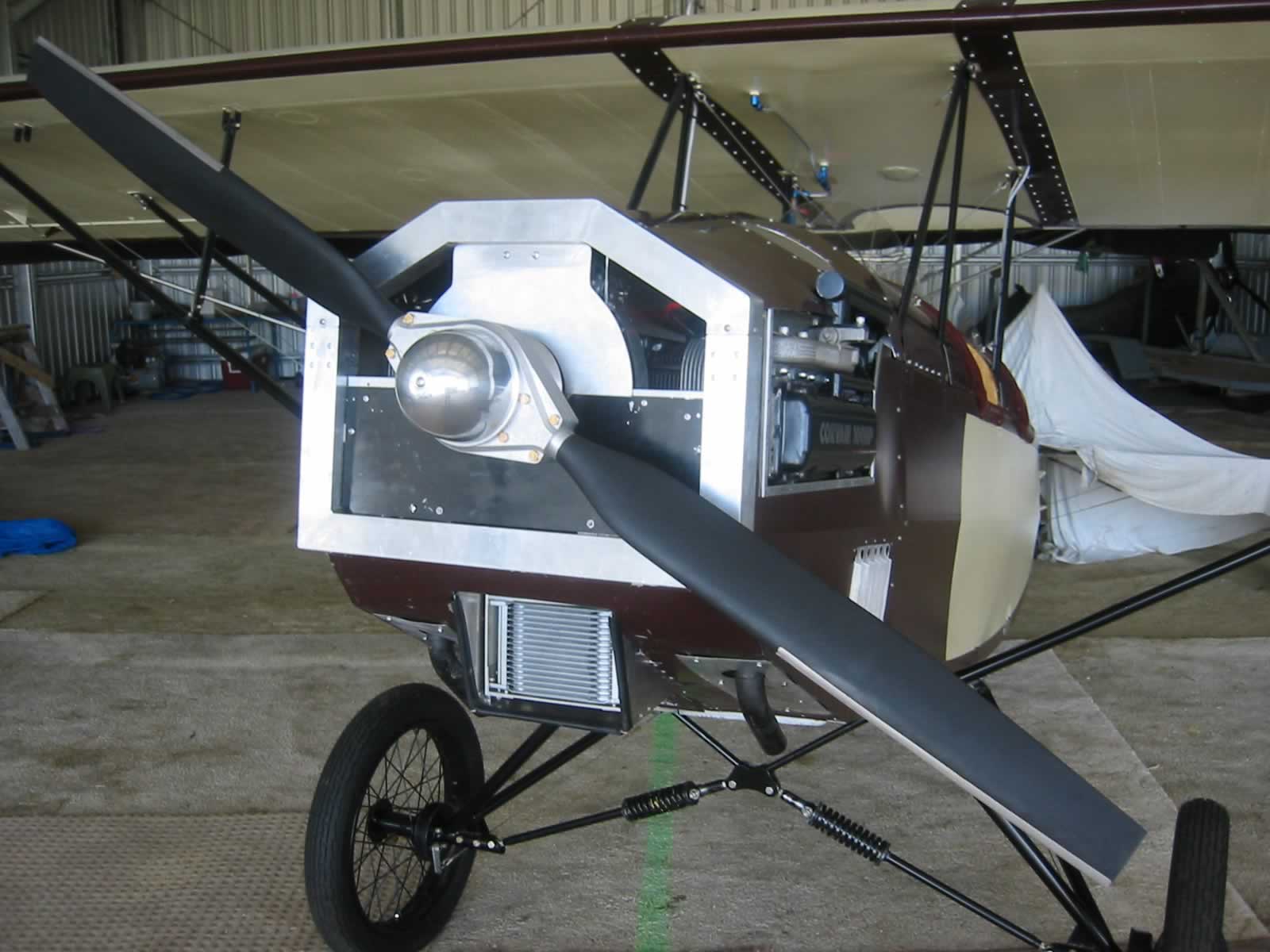 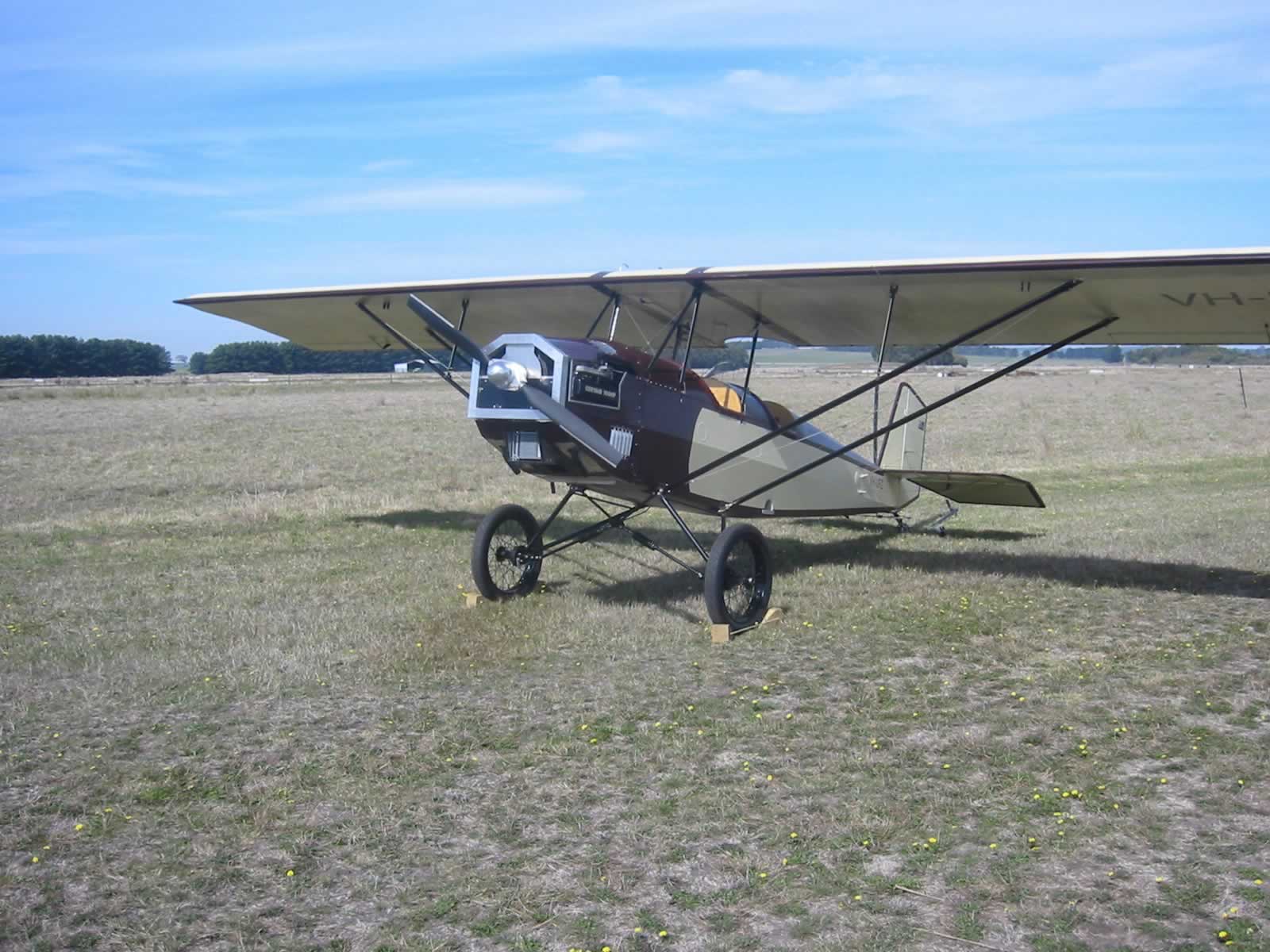