Prop building is an art, not a science…. or so I’m told. I had a look a more web sites and books on prop building than just about anything. They went into varying amounts of detail and complexity.

Eventually it boiled down to Eric Clutton’s wonderful little book, “Propeller Making for the Amateur”, NACA Technical Manual No. 212 written by Fred E. Weick in 1925 and “How I make Wood Propellers” by Al Schubert. Al’s book is available for download at here, (be aware this is an 11mb pdf file……..). Pictures from the booklet are available here. Fred’s very good booklet is available on NACA‘s web site, link is here. Do a search at NACA‘s web site for “Fred E. Weick” and you’ll see what a prolific writer he was on propeller design. Propeller Design Parts 1 to 4 make for good reading! I have had Eric’s book for a number of years but its available here, amongst other places.

(Update, some of these links no longer exist. Perhaps a Google search may be able to locate them)

I correlated all the information and eventually produced an Excel spreadsheet that produced blade angles based on engine performance. 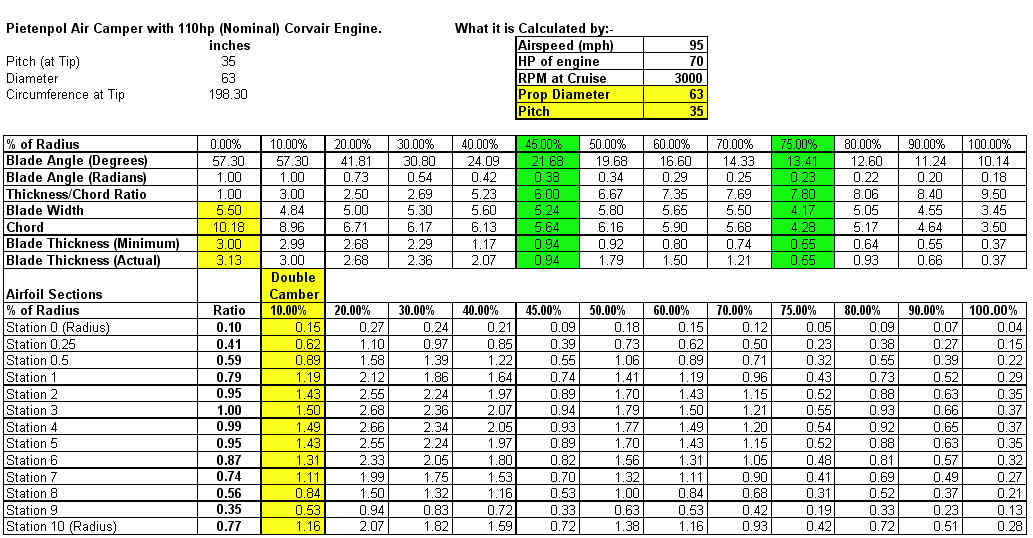 The spreadsheet is available here. In Al Shuberts book he discusses how he made the prop for one of Bernie’s Pietenpols with a corvair engine. It was a 64″ diameter x 32″ pitch prop, so I had an idea where to start.

Using the blade angles calculated by the spreadsheet I then produced a Visio 2000 drawing of each station along the blade half. 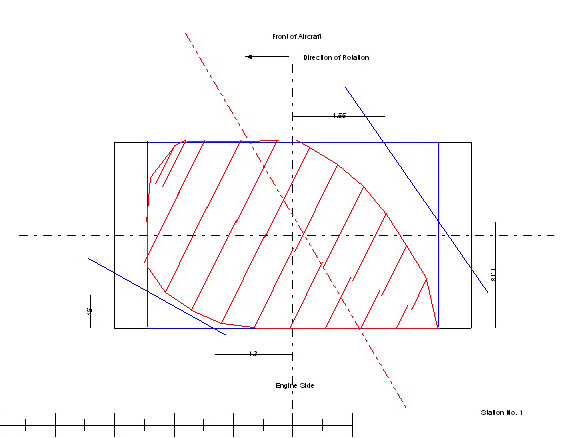 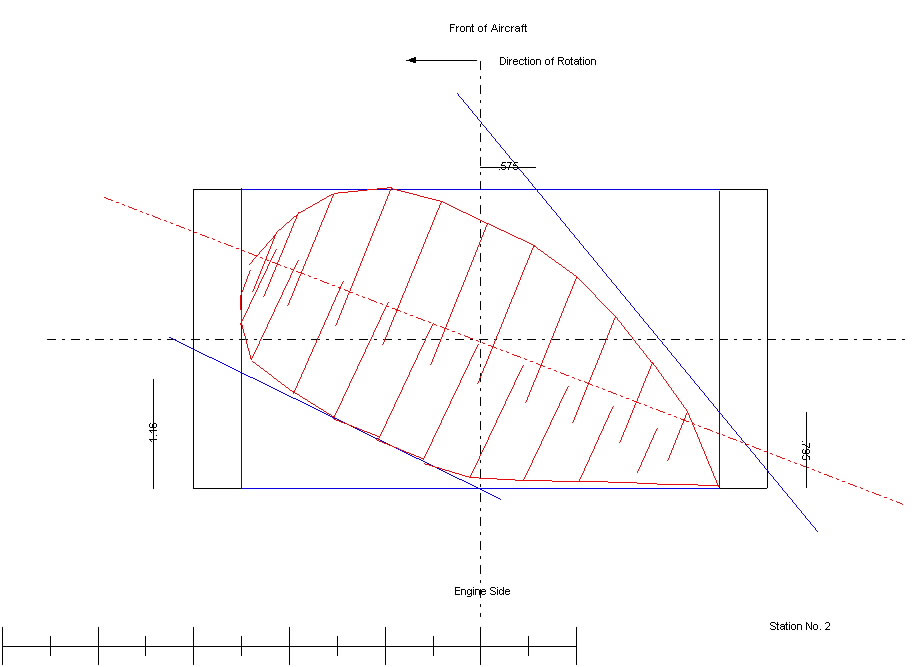 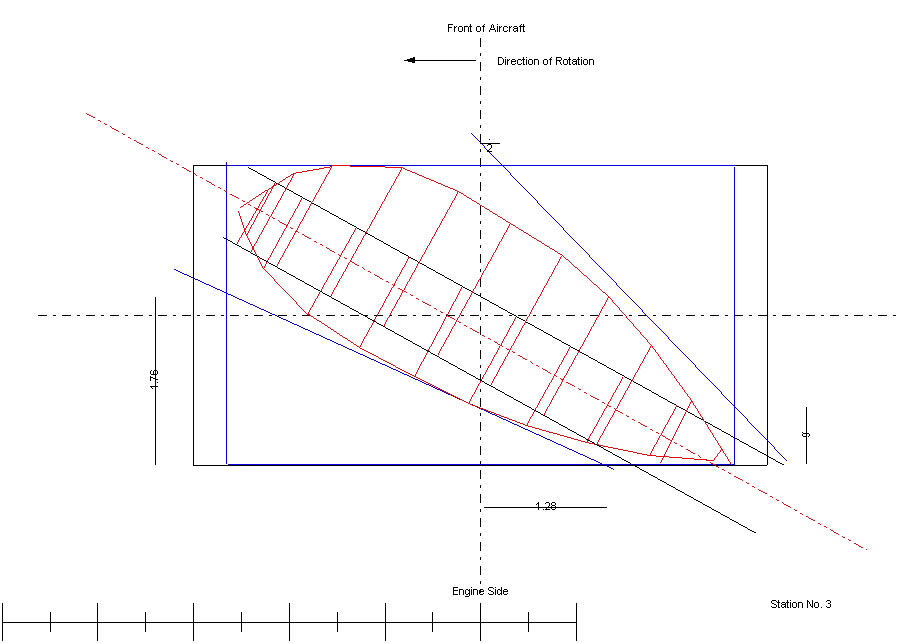 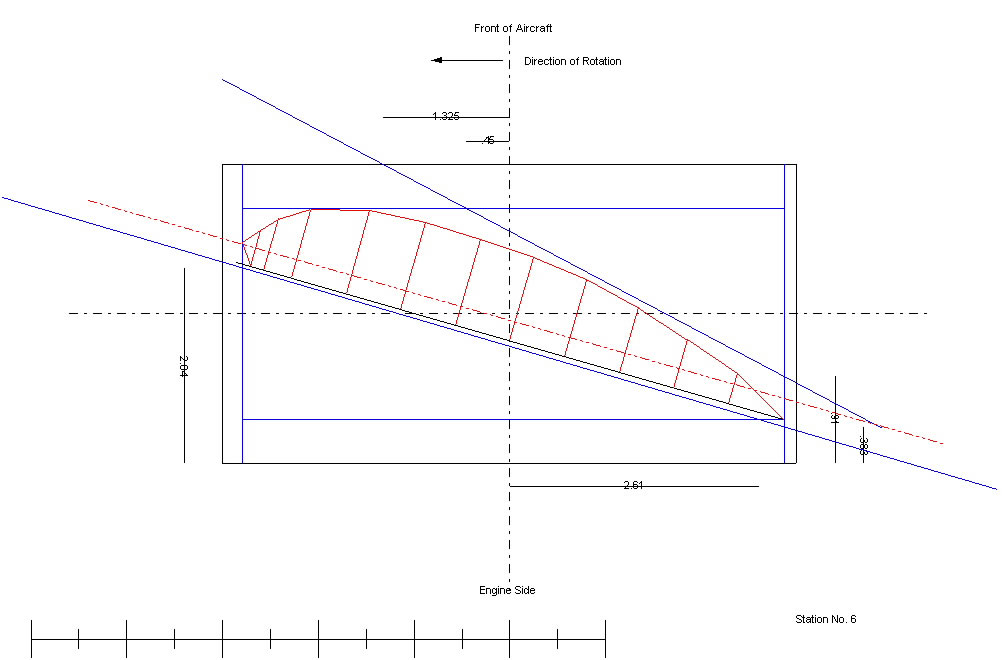 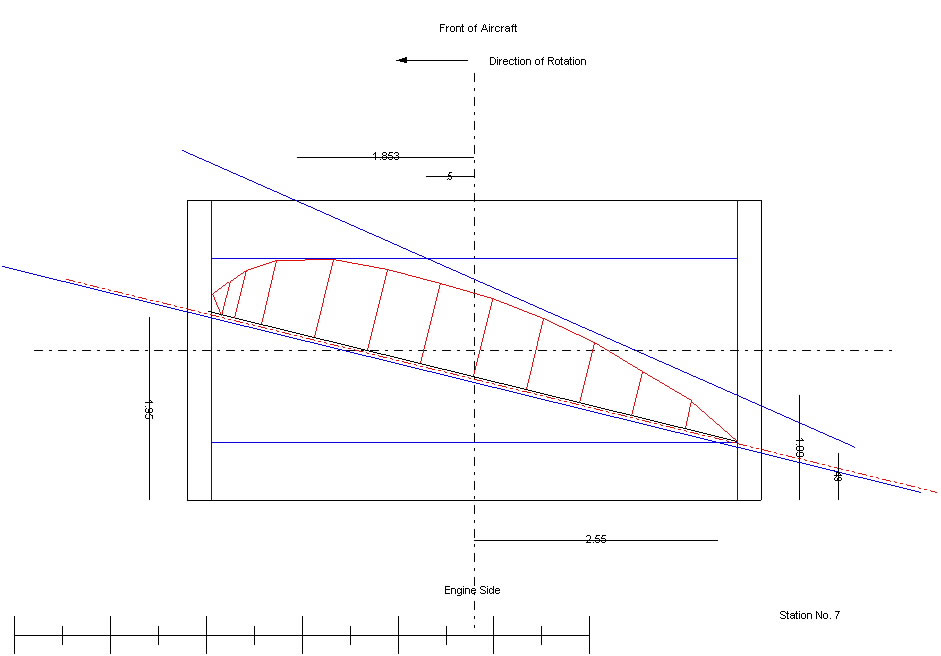 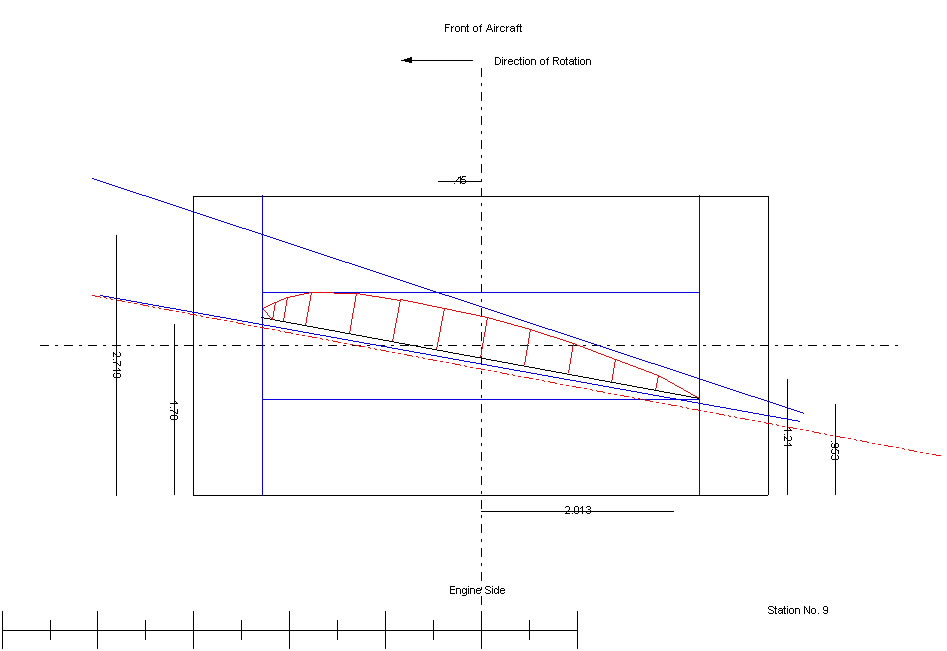 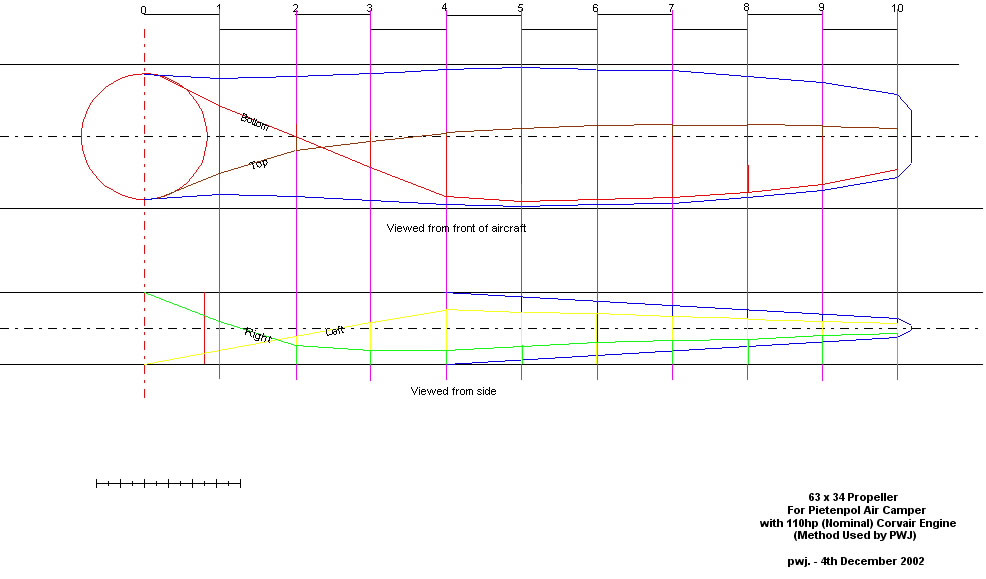 Half Blade plan showing dimensions taken from the Station drawings.

I bought some “Iroko (African Teak)” timber from a local merchant and laminated three pieces together to form the propeller blank. I then roughly followed the details of how to cut out the shape from the propeller blank as described in the books and produced something that actually looks like a propeller. Unfortunately the local community had a visit from the Royal Family at the same time as my propeller construction. Everybody had bought up the total film supply. Hence no pictures of the carving methods. I have since purchased a digital camera.

Working out what the propeller was going to look like actually took longer than the carving, I can’t remember how many times I drew the shape on the blank only to sand it out again and put the opposite profile on. Just remember, when looking at the side view you are looking at both back and front at the same time. It did get confusing at times. The propeller ready for final shaping and balancing 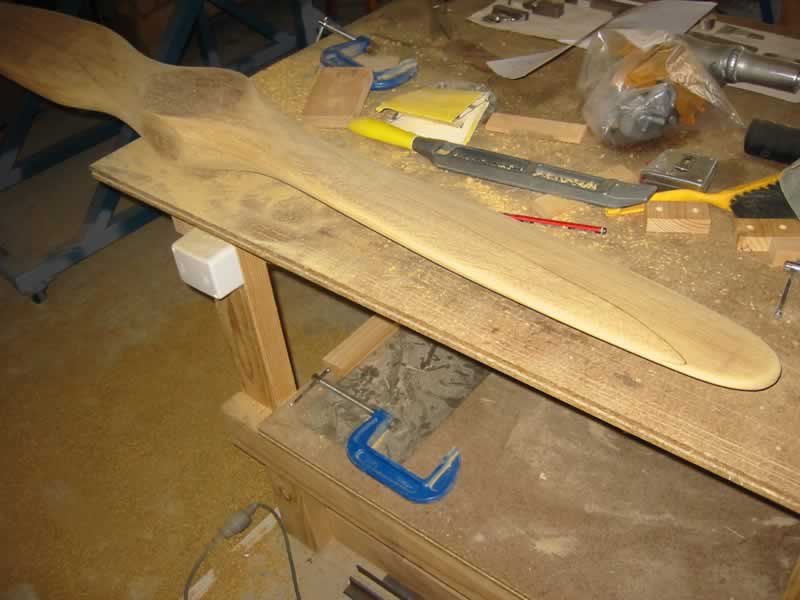 I felt the prop was a little bit thick near the hub so I trimmed it down a bit. Should make it lighter as well.

I took the prop to one of our local prop makers. He recommended making it still smaller in width and thinner in thickness. I have trimmed it but still need to balance it. The difference between it and the properly made prop I borrowed was significant. The “Real” prop was much smoother running.